If there’s been a given in this election cycle, it’s near-universal lip service paid by candidates to the need for the nation to invest in infrastructure, including the highway system on which truckers deliver the goods that fuel the American life and economy.

Though at least one candidate has energetically suggested related energy-efficiency improvements by greater use of an expanded rail infrastructure to remove some trucks from the road is a substantial priority, improvements to the highway system are at least a part of the planks of all the candidates.

Problem is, of course, four years ago and eight years ago the same was true, and recent polling is showing fairly clearly that, among truckers, there are very few who would say deleterious effects on their business, whether in the form of equipment harm or other added expense, have not been seen as things get worse.

As results stand today for the poll below, less than a percent answered “none” when asked the following question (click “View results” to see current percentages):

[And if you haven’t participated in the poll question as yet, make your choice today.]

Things have gotten so bad in some areas that reader Bob Stafford wrote in with the suggestion of including a “‘check all of the above’ box on your poll! I was an owner-op for 39 years, and I saw the roads getting worse and worse right up till the end, when I thought, ‘It is time to retire.'”

Among those also in the “Other” column in the poll was George McKay, who noted a distinct fuel-mileage effect when running on damaged, worn-out roads. “Operating in Canada, I see a 1.5-mpg difference between operating on smooth concrete” versus the “frost-heaved highways” of Northern Ontario, he says.

What stretch of North American highway in your experience would warrant the nomination for the Worst Road all around? If you’re reading on mobile, tap the call button below to weigh in with a voice message we’ll utilize in a future mailbag podcast. If you’re reading on a desktop, call 530-408-6423 to do the same. 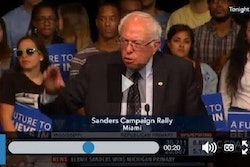 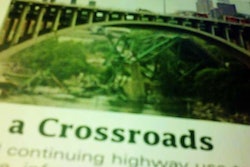 POLL: Do you carry health insurance?