The following, from the cab and pen of Clifford Petersen, was originally written with this subtitle: The perspective of a third generation truck driver on the state of the industry.

At the moment I am pursuing two master degrees, while attempting to start and run my own one-truck operation. Time management is, to say the least, difficult, working the hours of an owner-operator and successfully completing the intensive work of graduate school. However, I am currently in a break between semesters, and the more I drive down the road listening to the various topics and happenings of the trucking industry, the more I find myself compelled to write this.

I am a third generation truck driver. My grandfather drove many years for ABF, until his death in the 1950s. My uncle, who planted the seed of large cars in my heart, was an owner-operator in the 1970s and was the instrumental owner-operator who brought a lawsuit against M&X Trucking, which eventually awarded him a very large settlement and drove M&X into bankruptcy.

While I was very young during the process, I can remember his conversations with my father and how the process weighed upon him — all he wanted to do was truck and provide for his family. Still, his actions in the long run benefited the industry and owner-operators alike.

Finally, I myself have logged almost 1.9 million accident free miles, and have just completed my 14th year over-the-road.

When I first began my career, several things immediately arose that forced me to question certain practices in the industry. The first of which (having never gotten a suitable explanation): why do we tolerate thieves picking our pockets? From paying consignees to unload the product they ordered to freely giving our time to shippers and receivers while waiting to load or unload. Seriously, it is bad enough to sit for three or four hours getting the product loaded, then we turn around and sit for another three or four hours waiting to be unloaded, and we pay them for the privilege. There is something seriously wrong with that picture.

There has been a slow and gradual change to this situation in that brokers (though very few) will now pay for the lumper service in some cases, but wasted time at loading and unloading docks by and large still goes uncompensated, costing me personally more than $15,000 a year. It’s a situation and figure that could potentially get worse, climbing higher with the implementation of mandated ELDs. Yet we are not the only ones cheated in this process. By forcing drivers to hire lumpers to unload our trucks, we help receivers avoid paying taxes and benefits to people they can classify as part-time or temporary employees. At the same time, allowing shippers and receivers the grace to leave us sitting unpaid at the dock for hours robs our home state and the federal government millions in unpaid taxes from earned income.

If that was not enough, we could talk about the rising cost of toll roads, an added tax. Or the image truck drivers carry due to a certain percentage of individuals who cannot not seem to understand that their actions affect all of us, and make our jobs harder.

Although those topics need addressing, one of the most pressing concerns we face is the simple fact that freight rates continue to falter and fail to truly reflect of the cost of doing business. While rates have languished for years (only improving with higher fuel costs), they repeatedly decline as fuel prices drop. All the while, the cost of the machines, repairs, technology and training continue to rise. Today it costs almost 50 percent more to buy, repair and operate a truck than it did in 1993 when I started, yet rates have not changed. When my uncle owned his truck in the 70s, drivers earned a wage higher than most middle-income families. Now, driver families earn less, and many are considered below the poverty line. When I first started driving, a driver could sit down for a meal in a truck stop, buy a cup of coffee for 50 cents and spend less than $10 on his meal.

Today, coffee is more than two dollars, and most meals will run you about $12 on top of that. Yet drivers are still being paid the same.

These things drivers have complained about for years with little results. Which begs the question; why has nothing changed? From what I see, for all the complaining going on, drivers are content with the status quo. I come to this conclusion because, while drivers have immense power at the turning of the key, no one ever says enough is enough. I know how that sounds, and I am not proposing a shutdown. That would do nothing more than create firings, loss of wages and possible imprisonment.

However, we have shown in the past there are ways to make a change if we would only do it. For instance, we can give voice to our plight, which I hope to be doing here. We can, as we did in 1993, form a TCA (Truckers Collective Action) by arranging a convoy protest, as we did in Texas, when we finally had enough of split speed limits, putting us and the public at risk. That was, at the time, the largest unorganized and unofficial convoy in the history of the United States, and it propagated change. In the following year, speeds in Texas changed from 55 mph for trucks to 70 mph, and though there is still a split limit in Texas, it is not as bad as motorists doing 75 or 80 while trucks are forced to do 55.

There are ways we can make our point without harming our country and our economy. We have national holidays coming, where we can simply demonstrate how bad it could be to require all trucks to be governed at, say, 65 mph. Believe me, if a good many of us simply chose to slow down and set our cruise at 65 at the beginning of a four-day weekend holiday, until the end of said holiday, our government officials would quickly see how congested our roadways could become, trapped behind trucks that take miles to pass one another.

Another way we can improve our image, and therefore improve our standard of living, is drivers becoming trucking ambassadors and mentors. Be willing to take the time and educate the public about the dangers around trucks on the road. At once, educate them on how to reduce those dangers. Show the public how much we care about their safety as well as our own. For some reason, truck drivers have taken on a public image that is of faceless, seemingly drug-induced, sleep-deprived maniacs flying down the road, caring only about running over people who get in their way. This needs to change.

Let’s show the public we are not polluting our roadways and cities. Yes, I am saying if you see another driver tossing a piss bomb, or trash, call them on it. Pollution is a crime punishable by fine and possible imprisonment. So it is time to start policing ourselves, and turning these 10 percenters in to the local officials. Every county sheriff’s department has an email address these days. Record their activities and email it to them with a brief statement. Record them in the act, along with their truck company and truck number. Place them on a social media wall of shame: #polluter or #pollutionist.

We also need to show the public, and the powers that be, that we are not simpletons. Many of us are educated, and willing to speak up, give voice to the matters that will affect our abilities to achieve our dreams. We cannot go out on the road and act one way, then get on the radio and bellyache about how bad things are. As a quote I once heard goes, “Be the change you want to see.”

All this said, and going back to my title or my subtitle: One of the things I love about this industry is the eternal flame of hope that seems to live deep inside every driver in spite of these things mentioned, and many others. There is in each and every driver a never-quit, never-give-up spirit that makes the state of our industry unlike any other. Each of us has a dream. In it we can see how successful we can become and the life we can — with simple hard work, consistency and safe work habits — eventually offer our families and our descendants. Because of that, the state of our industry is good, with infinite potential. We just have to be willing to do the hard work, and promote the image it requires to get it done. 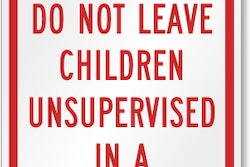