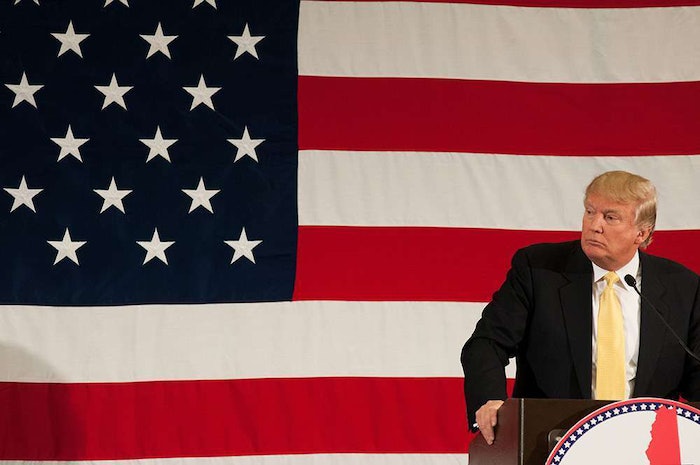 If you were following horse-race media coverage all throughout the post-convention season during this election, you’d have thought the Democratic candidate for president, Hillary Clinton, was headed for a comfortable but close win Tuesday, November 8, as voters went to the polls. The result, as we know, however, is in, and the consistent favorite of about 3 in 4 Overdrive readers according several polls leading into the election, has won the electoral college even as Clinton stood just slightly ahead in the popular vote nationwide.

Reactions to the win by real-estate business mogul and television personality Donald Trump continue to come in, but early notes of hope were sounded by many. “Please Trump don’t let us down,” noted William Stamper in comments under the news on Overdrive‘s Facebook page. “In a country that seemed to have gone soft, we the people showed up big for her.”

Other commenters were quick to express hope regulatory moves long under way — from the electronic logging device mandate to pursuit of a speed-limiter mandate and more — might be scrapped under a Trump presidency and a Republican Congress, given Republicans’ retention of their hold on the Senate majority. “Now, Mr. Trump, get rid of the unnecessary regulations put up on truckers,” wrote Naveed Ahmed Kahloon.

An overabundance of regulatory burdens on business — non-specific to trucking — was part of Trump’s message in stump speeches around the nation, as was the need for repairing and expanding the nation’s highway infrastructure and other roads and bridges. Just how his team hoped to do the latter wasn’t 100 percent clear, but in the late days of the campaign, members of his economic advisory team floated a for-profit privatization agenda for infrastructure that would offer tax credits to private road investors in exchange for the ability to build and collect toll revenue, as has been done to a limited extent in some states, particularly with respect to maintaining existing roads. That did not go unnoticed by some commenters. “Just remember he wants to privatize roads,” Nathan Smith warned, bringing more tolls.

Fears of further uncertainty in the economic outlook on Trump’s victory worried others — “Get ready for another recession, America,” noted one.

But Ladd Scavnicky better reflected the cautious optimism of most: “Maybe, just maybe, the economy and trade will benefit Americans. And just maybe our wages will go up and manufacturing will come back to the U.S. And maybe we can ship that Korean steel and lumber back where it came from.”

Finally, Jason Taney struck a conciliatory note. “Now it’s up to all of us to stick together and make this country what it should be. … It’s not just up to Trump.  We all have a hand in it.”

What’s your message to Donald Trump on the economy? If you’re reading on a smartphone, tap the image to call and leave us a message to weigh in. We’ll round up responses in a special mailbag podcast. Alternately, drop a comment below. If you’re on a desktop, call 530-408-6423. Make sure to tell us your name and state of residence.
Read Next