Who will most likely get your vote in November?

Since Overdrive asked this time last year just who then Presidential candidates its readers would most like to take on a ride-along journey to show the realities of the road firsthand, Donald Trump’s then high profile among truckers (he garnered 45 percent of the vote) has only risen higher.

With all primary-season challengers to the presumptive nominees of the Republican and Democratic parties having bowed out of the race and major third-party candidates decided, Overdrive asked readers in July which candidate was most likely to get their vote come November. Three out of four are supporting the Republican. That’s a considerably higher percentage (75 percent) than was supporting the Republicans’ 2012 candidate, Mitt Romney (66 percent), at around this time that year. 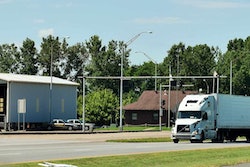 POLL: How long has it been since you had a ‘clean’ inspection?