In the wake of the election of Donald Trump to the U.S. presidency, mainstream news outlets made much of the so-called “alt-right.” It’s a relatively new blanket term that seems to mean different things to different people.

Chief among various constituencies associated with the term, however, is a willingness to do political battle on behalf of a “white race.” The most extreme among them advocate a white ethno-state in the manner of neo-Nazi groups.

White-grievance or -identity politics, a majority of November/December OverdriveOnline.com poll respondents noted, did play a role among Trump’s voters, while a more vocal minority believed it didn’t.

It’s the economy, stupid: Yote Anders effectively summed up that view. “I don’t want to be treated different because of my race – I want a fighting chance to make a decent living and keep my paycheck for me. Is that racist?”

Craig Vecellio blamed Trump opponents for painting his supporters with a broad brush after mainstream media’s fanning the flames of white-racialist politics, engendering a view that such politics played a larger role than it did. One example of how such “media manipulation” was wrong, he said, was the nomination of a respected D.C. insider, Taiwan-born Elaine Chao, for U.S. Transportation Secretary.

POLL: Berlin- or Nice-style terrorist attack involving a heavy truck — likely in U.S. or not? 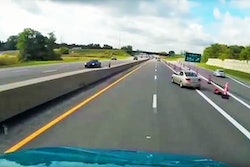 POLL: Your business outlook for 2017?