In the immediate wake of President Donald Trump’s firing of FBI Director James Comey last week, most readers weighed in on the side of it being the right decision. “Comey never had a chance,” wrote Allan McCullough, commenting here at OverdriveOnline.com. “I’m a little surprised it took this long.”

Comey’s handling of the FBI investigation into Democratic Party presidential candidate Hillary Clinton last year was widely viewed as inept, and particularly his public reopening of the case just days before the November election only to close it again. Trump sent mixed signals around the time of the campaign, publicly lauding Comey for reopening the Clinton case, for instance, but also deriding him in other instances.

The recent firing, initially justified in the context of the Clinton case, drew criticism across the political spectrum from a variety of watchers given it comes on the heels of Comey’s request for greater resources to support the now well-known investigation into links between Trump’s campaign itself and the Russian disinformation/hacking campaign during the election. Trump himself later admitted the FBI’s Russia investigation was on his mind when the decision to fire Comey was made.

A reader commenting as “Rolly” with the poll above supported Comey’s ouster but dinged the President for his timing. The firing “should have been on day one” of the Trump presidency, the reader noted: “Firing him after he asks for resources to investigate Russian collusion in our election sure makes it look like the present administration was angry he was investigating their parties’ communications with known Russian spies. That has already been confirmed, by the way, so it’s just a matter of who, what and when…. Following the money is important, and those involved in the corruption of our election should be held responsible, be they Americans (like Comey), Russians or someone else. It doesn’t matter who you voted for or what you believe, Americans deserve honest and fair elections, without that we are disrespecting everyone who ever gave their life for our freedom.” 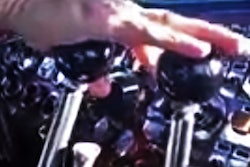