The author of the following op-ed, Tom Hall of Lisbon, Ohio, retired from driving after 42 years on the road, making him well “more than qualified” to address problems with trucking and driver retention, he says, “since I was part of the problem as well.” His thoughts on where priorities ought to lie as regards pay for time, the hours of service, the electronic logging device mandate and more follow:

Why do truck drivers cry and moan over the hours of service? “We must work longer hours,” they seem to say, but never address the problem of low pay. A specialty equipment hauler once asked me just why some steel haulers will “haul 20,000 pounds overloaded for $1 a hundred when I make as much or more money hauling 40,000-pound legal loads at $2 a hundred?”

Why do truckers allow companies to make them sit for hours at a time with either low detention pay or none at all, then rush to make deliveries, lying on their log books in order to make what basically comes out to be minimum wage, or less? If a driver complains that he’s not making enough money the company’s response is never “you need a pay raise” the company’s response is “we’ll give you more loads to haul.” So a driver never actually got a pay raise. He just worked harder.

So now we’ve come full circle. We must be allowed longer hours. For what? To work more for the same low pay?

I retired after 42 years and the first question out of my friends’ mouths was “are you working part-time anywhere?”

My response: “No way in hell. I worked twice again as much as anyone that worked a normal 40-hour week.” Think about it. 60-70 hours a week versus 40 hours? At the end of that week did I make a pay commensurate with the time I put in? Simply put, no. I may have made marginally more but if measured by the hour not many truck drivers exceed minimum wage if all hours are logged. We all know logs are faked by almost every driver almost every day.

And that is why the blame for the low pay truckers receive rests squarely on the truck drivers themselves.

With the advent of social media and the media itself, the problems with low truck driver pay and the conditions of the job itself are becoming common knowledge, meaning more young people are aware that truck driving just might not be the best way to earn a living. Those that do make the plunge realize soon after that the demands of trucking and the monetary rewards are not compatible. And we have a situation where fewer people make driving a career and driver retention becomes a problem either with drivers jumping from one low-paying job to another or simply leaving the industry for opportunities elsewhere.

Trucking companies are not addressing this problem by raising pay but rather by asking for the relaxation of rules for foreign nationals or to allow 18-21-year-olds to be allowed to drive interstate. Foreigners will work for less, and the younger person will as well. Any company in any industry would never have a human resources problem if the pay was enough for the work performed. Trucking is no different. Truck drivers have a unique skillset that, while easily learned, relies on experience to do the job. Just like a brain surgeon must learn his craft so must a truck driver. An excellent brain surgeon was not excellent right out of med school, and a truck driver is not excellent right out of truck driving school. But the reality is the need to move freight supersedes any stated desire to do it safely, so trucking companies settle for inexperienced drivers rather than attracting or retain good, experienced drivers by paying better wages than the next guy.

And that brings me to what I believe is the best way to address the combined problems of the electronic logging device mandate, hours of service, safety, driver pay and driver retention. It will take a concerted effort by truck drivers themselves, with the assist of sympathetic legislators, to bring this to fruition. Laws must be changed forcing all truck drivers to be paid by the hour. No longer will drivers be exempt from wage and hour laws. Since the ELDs will document everything a driver does, assuming they can not be tampered with, it is not a stretch to pay a driver by the hour for what he/she has done. Simply put, once the 14-hour clock starts the driver’s pay begins. No differentiation from waiting to load and driving. Just a straight hourly pay. Since a driver must take a mandated 30-minute break somewhere during the day. an exemption can be made stating they not be paid for that time. Much like a lunch break is not paid at most companies. However, all other time is paid. In the case of OTR drivers who must break a minimum of ten hours, then of course that time is unpaid, but once the next 14-hour cycle begins, so does the driver’s pay. Any time where the driver is forced to wait for a load will be compensated as well.

We’ve addressed the problem of a driver being paid for all his hours worked, detention time being paid as well, and safety will improve since most drivers won’t feel forced to exceed the rules since all their time is compensated. Now this is a perfect-world scenario, and problems will need to be addressed with the problem being addressed in such a manner that is equally fair to the company and the driver. But carefully observed, since trucking companies do not have the driver’s best interests at heart.

Now the problem shifts to the trucking companies. In order to attract a driver they must pay a wage per hour to attract a driver. Competition for workers should be a driving factor in wages offered. It would be extremely difficult to attract a driver if all they are offered is minimum wage with few, if any, benefits. Since I had access to charges made to shippers, I well know the companies have quite a bit of wiggle room to pay a fair wage and still make a profit. Again, though, this is a perfect world scenario.

If it can’t be made to work by the drivers themselves by refusing their services, then my statement that drivers are their own worst enemy is true. Will it be easy? No. But it will work. It took me almost the entire 42 years I drove to realize I could say no if a load didn’t pay enough. So, drivers, quit allowing yourself to be used. If you allow that, then you are the reason your pay is low and your hours long.

I’ve had 42 years to think about this. I truly believe that, done properly, the ELD mandate create the necessary dynamics for this change, which may be the best thing to happen to driver’s pay in my lifetime. –Tom Hall, Lisbon, Ohio 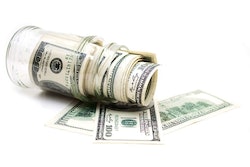