Paying more drivers by the hour instead of the mile has been discussed for years.

An hourly rate of at least the federal minimum wage paid by carriers for all on-duty not-driving hours was considered as a potential new mandate by the White House, included with its for-a-while perennially proposed Grow America Act highway bill. That didn’t survive in the highway bill that eventually passed, but such attention to time-based compensation has helped spawn growing conversation among drivers about what many consider an ideal for driver pay: pay for all time worked.

In the evolving trucking marketplace, various versions of time-based models continue to emerge, even for contracts between independents/small fleets and brokerages — earlier today I wrote about technology-enabled brokerage Cargo Chief, for instance, who revealed plans to launch a time-based contract system. Independents would be paid a set lump sum for a set period of time in exchange for an agreement to haul the broker’s shippers’ loads, putting more pressure on the broker to work effectively for both of its customers in the transaction.

One form of hourly compensation for company drivers and many independent contractors, too, detention pay, is already fairly commonplace and growing more so, but it’s still short of the all time ideal many have long sought.

In all the bile and buzz around the so-called (and failed) “Denham amendment” to the highway bill, recently reintroduced as part of the House version of the Federal Aviation Administration’s reauthorization bill, a lot of the commentary has assumed that allowing states to enforce wage and hour laws on the books (or some unforeseen state-to-state regulation of driver hours/pay) in transportation is a good thing. Those making that assumption view such enforcement as to an extent potentially chipping away at driver-compensation systems as they exist today and placing more value on drivers’ time in the long run.

I won’t go all the way back through the origins of what’s been going on in this area (for that you can read both this story and this story). The measure in the FAA reauthorization is more or less the same as it was in the highway bill, the first addition focused on state-mandated hours regs that conflict with federal rules. The second part, however, is what most commentators opposed to it have a problem with. That part prohibits individual states from regulating driver pay beyond the basic federal minimum wage laws, prohibiting laws that “require (my emphasis) a motor carrier that compensates employees on a piece-rate basis” (such as per-mile or percentage) to further compensate those employees in another way as long as compensation all told is at least equal to the state’s minimum wage for the hours worked.

I.E., the provision in the House’s FAA reauthorization bill, like its failed predecessor in the highway bill, has nothing whatsoever to do with sticking requirements or prohibitions into private agreements between employers and employees. For instance, it would not prevent carriers from paying on-duty not-driving time like detention at an hourly rate. Rather, it would prohibit individual states from regulating pay beyond requiring that carriers at least pay drivers rates equal to or greater than the state’s minimum wage for hours worked.

Given the protection from suit extended by the measure to “piece-rate” pay systems, some watchers have suggested the measure represents a slippery slope to the total elimination of detention pay and other common hourly accessorial pay for various on-duty not-driving time. I think there’s some validity there, though it might be a bit of a stretch. Carriers, for instance, aren’t required by interpretations in most jurisdictions to offer detention pay today, yet many obviously do.

What I do see as a key issue is whether we want federal rules to govern transportation from a wage and hour perspective (if at all), or if a patchwork of state-to-state rules, such as the state of California’s meal and rest breaks rules that spawned the FAA reauthorization and highway bill measures, are to be trucking’s future.

Some readers walk the no-government-interference line: As one commenter pointed out, responding to the suggestion that the aforementioned highway-bill amendment would in effect do away with detention pay, “The amendment only applies to what states are allowed to regulate regarding trucking wages, not what a private company is allowed to pay. Nothing in the amendment appears to prohibit a company from paying a driver for anything that he does on the truck. Frankly, I don’t believe any government should have any say whatsoever in the private arrangements that an individual makes with his employer regarding wages.”

As I’ve written before, California’s labor laws require meal and rest breaks for shift workers – a half-hour meal break every five hours and at least a 10-minute rest break for every four hours worked. In 2014, the Ninth Circuit Court of Appeals decided the California laws applied to truck operators.

Numerous states have some version of such laws. However, trucking companies have long assumed that the 1994 Federal Aviation Administration Authorization Act’s federal pre-emption clause for state rules affecting intrastate motor carriers, combined with federal rules for interstate carriers post-deregulation, in essence exempted carriers from complying with them.

The 2014 Ninth Circuit ruling, however spawned lawsuits seeking class action status against fleets domiciled in California or employing drivers living there. The penalty for not complying with the Golden State’s rules (such as an hour’s pay for every meal break not provided) has made for an attractive carrot for lawyers looking for big settlements.

Again as I wrote previously, there’s evidence that some employers, in order to avoid such lawsuits, have adopted a defensive posture, requiring all drivers to shut down for 30 minutes every five hours to comply with the meal break rule, complicating drivers’ hours of service.

Joe Rajkovacz of the Western States Trucking Association has warned that the ruling could lead to a confusing state-to-state patchwork of de facto hours of service regulations. His thoughts on the “safe position” for employers large and small faced with new applicability of California’s wage and hours laws? “Migrate toward paying a minimum [hourly] wage with some incentive on top of it,” he says, such as percentage of the load or mileage pay.

Given California’s size, if the opposition to the FAA reauthorization and/or similar future measures continues to be successful, you may well see many employers based in that state or employing drivers there migrate to such a system — if they don’t just force drivers to take the extra breaks, as Rajkovacz has written, under threat “of termination.”

I wonder, however, whether a patchwork of state-to-state rules on wages and hours in this area is ultimately what’s best, and I think of owner-operator Joe Ammons, among others, who not so long ago took that pay-for-all-time-worked ideal for employee drivers further by advocating for repeal of the federal Fair Labor Standards Act’s exemption of interstate transportation workers from federal overtime pay requirements. The Owner-Operator Independent Drivers Association counts itself in support of such an action, in addition to stated efforts to promote hourly compensation for employee drivers generally.

If the FLSA exemption was removed via legislative action (or administratively) at the highest levels of government, the end result might well be new value placed on time for all drivers, and potentially, over time, a new model for pay. Ammons believes reversal of the FLSA exemption of transportation workers ought to happen given the mandate for ELDs means hours monitoring will be a wide reality. He re-opened his years-old petition to the Secretary of the DOT and Congress to do away with the exemption in the run-up to FMCSA’s publication of the ELD final rule. You can find it in the link embedded in his Twitter post from September below:

@channel19todd with all the talk about elogs, i have reopened my petition, please look it over https://t.co/ckeMhQV5tQ

It’s hard to predict the end result, but I could envision many more carriers, as Rajkovacz suggests, moving toward a hybrid base hourly model with mileage/percentage on top of that, should the exemption’s removal occur. Whether that’d amount to more or less or (as Rajkovacz also has suggested may be likely) about the same money and hours in the end is an open question.

But greater value placed on time versus miles could end up driving other changes in the business of trucking, too, like efficiency at docks and from dispatch. And while state/federal labor laws as a general rule just don’t apply to owner-operators, Ammons argues owner-operators would stand to benefit from better rates and a better position in the marketplace in the end.

In any case, I know many of you also employ drivers yourselves — what’s your view? And whether you do or don’t, are we headed to an hourly base model for driver pay long-term? In recent polling on the future of compensation and owner-operator business relationships, 14 percent of the total vote fell in line with the point of view that hourly was the future for drivers.

Should the FAA reauthorization item stand, or, as OOIDA and others are calling for, should it go?

More reading on the subject of federal pre-emption/California meal and rest breaks can be found at the following links: 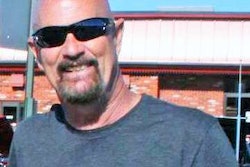