The author of this essay, Cliff R. Larson, is based in Dresser, Wisconsin, and reached out to us via the Overdrive Facebook page with a reminder of an essay we published in October of 1999.

Larson grew up the son of a trucking father, and “truckers have always been heroes of mine,” he says. “I’ve always had a tremendous respect for truck drivers. They’re the lifeblood of our economies, and I’m sure it’s a lot more difficult now” in the present moment “than it ever has been.” 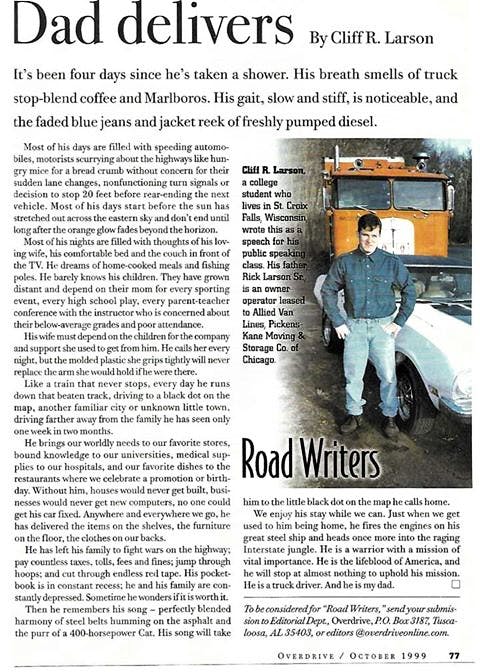 The original essay from the 1999 issue.

It was his father, Rick, who spurred him in part to write the essay to begin with, a speech he had to give as part of a class taken at the time. Rick Larson, who retired from trucking about 10 years ago, initially working part-time for a while before fully retiring, also “brought up the point that I should resubmit” the essay, Cliff says. “I hope it strikes a chord with the current truckers. I hope more people think of them” and know that “there are some of us that think highly of them out here.”

Text of the original essay follows.

It’s been four days since he’s taken a shower. His breath smells of truck stop-blend coffee and Marlboros. His gait, slow and stiff, is noticeable, and the faded blue jeans and jacket reek of freshly pumped diesel.

Most of his days are filled with speeding automobiles, motorists scurrying about the highways like hungry mice for a bread crumb without concern for their sudden lane changes, nonfunctioning turn signals or decision to stop 20 feet before rear-ending the next vehicle. Most of his days start before the sun has stretched out across the eastern sky and don’t end until long after the orange glow fades beyond the horizon.

Most of his nights are filled with thoughts of his loving wife, his comfortable bed and the couch in front of the TV. He dreams of home-cooked meals and fishing poles. He barely knows his children. They have grown distant and depend on their mom for every sporting event, every high school play, every parent-teacher conference with the instructor who is concerned about their below-average grades and poor attendance.

His wife must depend on the children for the company and support she used to get from him. He calls her every night, but the molded plastic she grips tightly will never replace the arm she would hold if he were there.

Like a train that never stops, every day he runs down that beaten track, driving to a black dot on the map, another familiar city or unknown little town, driving farther away from the family he has seen only one week in two months.

He brings our worldly needs to our favorite stores, bound knowledge to our universities, medical supplies to our hospitals, and our favorite dishes to the restaurants where we celebrate a promotion or birthday. Without him, houses would never get built, businesses would never get new computers, no one could get his car fixed. Anywhere and everywhere we go, he has delivered the items on the shelves, the furniture on the floor, the clothes on our backs.

He has left his family to fight wars on the highway; pay countless taxes, tolls, fees and fines; jump through hoops; and cut through endless red tape. His pocketbook is in constant recess; he and his family are constantly depressed. Sometime he wonders if it is worth it.

Then he remembers his song — perfectly blended harmony of steel belts humming on the asphalt and the purr of a 400-horsepower Cat. His song will take him to the little black dot on the map he calls home.

We enjoy his stay while we can. Just when we get used to him being home, he fires the engines on his great steel ship and heads once more into the raging Interstate jungle. He is a warrior with a mission of vital importance. He is the lifeblood of America, and he will stop at almost nothing to uphold his mission. He is a truck driver. And he is my dad. 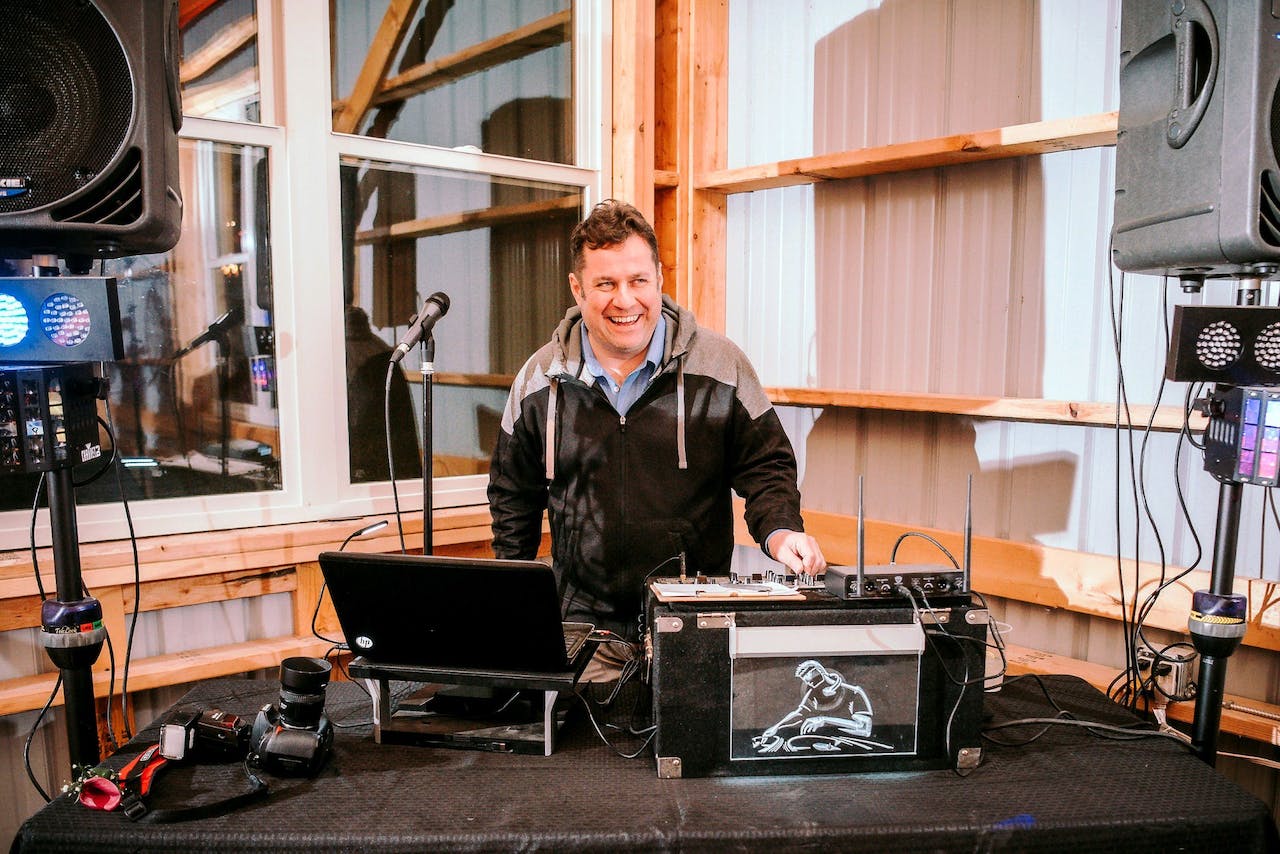 Cliff R. Larson, 47 today, runs his own business in Pulse Entertainment, specializing in private events as a DJ. He’s been basically shut down since March 16 in the COVID-19 pandemic, and like many truckers is hopeful for a return to some semblance of business normalcy. This picture of his was take by Ashley Marana of Custom Obscura Photography.
Related Stories 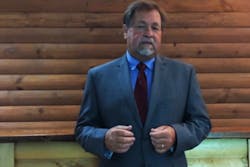 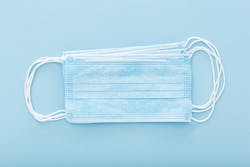 As White House celebrates, I’m picking up produce with a ripped-up T-shirt for a face mask 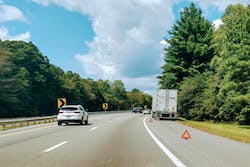 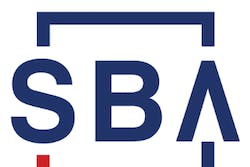 POLL: Have you/your business been approved for relief funding?