Owner-operator Bryan Hutchens had sworn off Progressive Insurance after an increase of $4,000 annually in liability premiums that he’d felt was based on nothing substantial. His agent, early in the COVID-19 pandemic period, told him to take another look because the company “was getting aggressive with cutting rates.” He took a look — and a substantial reduction in his premiums.

That’s hardly been the rule among independent owner-operators and small fleets this year, as the pie chart in this story from Tuesday illustrates. In the wider insurance market, some insurers have exited the commercial auto liability business entirely. Combine that with fast-rising awards in civil trials following accidents, and liability pricing has continued to go skyward.

There are exceptions. Leander Richmond, long in business as Eagle Express, reported an increase for his 12-truck fleet in March that amounted to about $25 per truck annually. However, for the broader market, 5% to 10% premium increases at renewals remain common even for experienced, safe carriers, insurance agents have said.

It’s gotten much higher for new independents, leaving them just a few reputable insurer choices for liability, one being Progressive. Factoring companies and some lenders have developed thriving programs to help truckers make insurance down payments.

Further hikes, spurred by a proposed increase in minimum liability coverage, could be in truckers’ future, too. It was a sore spot for readers sounding off in the wake of Overdrive Editorial Director Max Heine’s July column about the proposed liability hike to a $2 million minimum in the House of Representatives’ INVEST in America Act draft of a highway bill. It passed the Democratic majority House in July, but wasn’t expected to pass the Republican-controlled Senate. “Only the lawyers would benefit,” wrote one reader commenting as “Corn Pop” under the story on Overdrive. “Every $1M settlement,” a common liability policy limit today, “will become $2M.”

Another commenter, posting as “Palletman”: “46 years without violations, no incidents or any claims — why do I have to pay more? Let the violators pay, the crooked companies that hire anyone and put them out on the highways killing people. I am a professional and have earned the right to be treated fairly!”

Now, too, is a particularly onerous time for congressional reps to pile a new cost on trucking, especially its smallest carriers, given the extremity of turbulence in freight markets this year and the well-documented difficulty for many to even make a profit earlier in the pandemic period.

This particular legislation needs to see opposition, as Kenny M. Wilson made clear. “It’s time to take a stand and let these out-of-touch government officials know [that] truckers’ lives matter,” he wrote. “Please, truckers, let your voices be heard. Reach out to your state officials, and let them know that they work for you.”

Though such opposition was widespread, a commenter posting as “Old Timer” took a different view. An increase from his current $1 million liability policy to $2 million wouldn’t create “any issues spread over the year, if it is mandated,” he wrote. “I have my own shipping customers also and have spoken with them now. They all understand and will expect a slight increase to cover the additional insurance.”

Doubling a covered amount in an insurance policy for truckers will have a more dramatic impact on smaller fleets with less of a history behind them, acknowledged “Old Timer.” For new operators “using brokers and barely getting by, this could be the nail in the coffin for you. … Not knocking you if you do the spot-market thing. If you have done it for any amount of time, you understand the ups and the inevitable downs. It’s just too risky for me. I will stick to my contracts with my own shippers and leave everyone else’s grubby hands out of the mix.”

For most carriers struggling with liability costs through this period, the best thing they can hope for is a little “flexibility from the underwriters’ standpoint — to let you park trucks and not charge you for covering them,” says insurance agent Steve Libertore. Read more about his own hotshot trucking business via the hotshot trucking feature that published on Friday at this link. 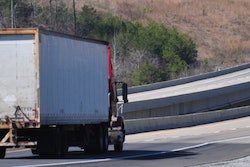 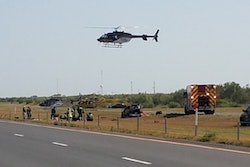 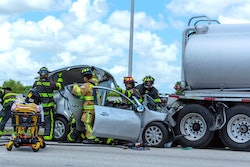