An ambitious data program being launched next year will intensify dramatically how drivers and carriers are evaluated for safety and determined to be unfit to operate.

The Federal Motor Carrier Safety Administration’s Comprehensive Safety Analysis 2010 will introduce a driver rating system and will replace SafeStat, which has rated carriers. Data collected from roadside inspections, accidents and other agency and law enforcement encounters will be used.

The program is already being used in six test states and is scheduled to roll out in most other states beginning in July. The driver measurement system is not expected to be enforced as quickly as that for carriers, say American Trucking Associations officials.

The system will determine carriers’ safety fitness based on two years’ worth of data. The driver rating will use three years’ of information. The most recent encounters will be weighted more heavily.

Norita Taylor, spokeswoman for the Owner-Operator Independent Drivers Association, says CSA will use “all violations on inspection reports, even if there is no citation issued.” CSA will allow safety investigators to see a driver’s complete safety record, according to a September FMCSA presentation to OOIDA.

The current SafeStat program assesses only carriers, including independent owner-operators, and uses only roadside inspection information on out-of-service and moving violations. CSA will assess carriers and drivers using 3,589 safety-based roadside inspection violations, such as equipment and log book violations, in seven Behavior Analysis and Safety Improvement Categories, or BASICs:

“Only after the intervention, and if the driver continues to demonstrate unsafe or risky behavior, then could the driver be declared unfit by the DOT and removed from the road,” says Jay Thomas, who heads safety and compliance for Illinois-based Packard Transport.

FMCSA spokesman Duane DeBruyne says when a carrier’s safety performance triggers an intervention, “should any of the drivers have a deficient safety rating, this matter will be raised to the carrier – along with the other possible safety performance concerns for that carrier that may exist.” Regardless of the carrier’s rating, if a driver’s safety rating is particularly troublesome, “CSA 2010 will automatically … trigger an intervention with the carrier he/she is associated with.”

Driver and carriers violations will be based on a percentile rating, comparing carriers and drivers with peer groups based on number of power units and number of inspections, respectively.

Many owner-operators doubt whether CSA 2010 will become a reality, Thomas says. Still, he says, “Sixty percent are very concerned because they have so much invested in being an owner-operator.”

For carriers, because the safety reviews will be monthly and automatic, CSA 2010 will change the way they approach safety. Currently, carrier ratings are limited to compliance review acute/critical violations. Carriers can go as long as years without an audit.

ATA has been advising its membership to get serious about encouraging driver safety through in-house programs and rewards. The organization likewise emphasizes the need for carriers and drivers to ensure that all clean inspections get entered into carriers’ files.

Until a rulemaking about the final scoring methodology takes effect, carriers with poor safety records will be rated in accordance with FMCSA’s current compliance and enforcement process. 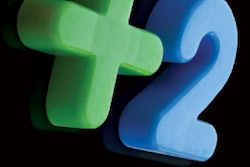 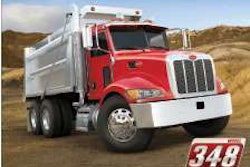 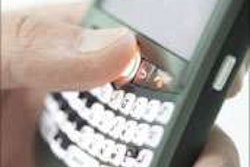 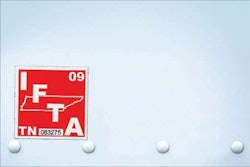