The American Trucking Associations’ advance seasonally adjusted For-Hire Truck Tonnage Index increased 1.5 percent in July from June. That followed a change in June’s reduction from the previous month to 1.4 percent from 1.6 percent.

Compared with July 2009, SA tonnage climbed 7.4 percent, which matched June’s increase from a year earlier and was the eighth consecutive year-over-year gain. Year-to-date, tonnage is up 6.7 percent compared with the same period in 2009.

ATA Chief Economist Bob Costello said July’s data didn’t change his outlook for subdued tonnage growth in the months ahead. “The economy is slowing and truck freight tonnage has essentially gone sideways since April 2010,” he said.

Nevertheless, Costello believes tonnage will post moderate gains, on average, for the second half of the year. “After accounting for the reduction in supply over the last few years, even small gains in tonnage will have a larger impact on the industry than in past,” he said.

The ATA also reported its not seasonally-adjusted index, which represents the change in tonnage actually hauled by fleets before any seasonal adjustment, fell 5 percent in July from June. 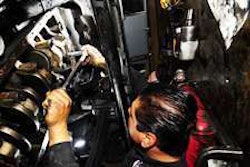 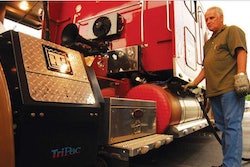