In the P.R. copy blasted out with announcements about the new TrekDesk Treadmill Desk, the company talks about the dangers of the “sedentary lifestyle,” noting studies of various characters that have probed “rising obesity rates and ill health caused by ‘Sitting Disease’ (a term given to the multitude of syndromes and diseases caused by sedentary lives).”

Though I imagine the flatbedders out there would take issue with any characterization of their jobs as totally lacking in physical activity, it’s true that, in large part, drivers and owner-operators spend the majority of their days in seats behind the wheel, just as office workers like myself spend most of the day quite sedentarily at desks. The TrekDesk Treadmill Desk, as you can see, is a standup desk that allows its user to place a treadmill below to enable walking in place while working. Long hours can lead to, as one user notes on the TrekDesk site, an average of almost 7 miles walked a day, quite a boon to heart health and muscle tone.

This isn’t going to work in a truck, no doubt, excepting perhaps in the biggest of big bunks; the closest thing we currently have only stimulates muscles — the massaging, vibrating seats of manufacturers like Qualitex Seating. And though there was in fact a STANDUP Act focused on driving introduced in Congress last year, it had nothing to do with building modular stand-up-driven trucks. Which leads to the begged question: With all the focus lately on driver health, from driver-led efforts to regulations, when will the truckmakers themselves, well, stand up and make it possible for drivers to walk in place while driving?

Oh, wait, there’s the whole seatbelt thing, and the distracted driving thing…. Would it be possible to shift gears while walking in place? … Let us pause while I attempt to throw off the dirt that’s quickly piling up in the hole I’ve dug here …

In any case, welcome to Thursday. If you missed myself and Max Kvidera on Allen Smith’s Truth About Trucking online radio program on the subject of cargo theft last night , you tune in and give it a listen in Smith’s archives here. Of particular note in the conversation were discussions of connections between the cargo theft problem and the growing dearth of parking in high-traffic lanes, where most cargo theft occurs. As attorney Jared Palmer and others on the National Cargo Theft Task Force lobby for federal money (from both Justice and Transportation departments) to help states and local jurisdictions implement the new federal UCR on cargo theft (which will go a long way toward helping the industry highlight the growing cargo theft problem), they are indeed looking at the potential for transportation dollars to help.

As news of the sentencing of two accomplices to the murder of driver Jason Rivenburg came out yesterday, the need for secure parking for the nation’s drivers is ever more apparent. Last night, a caller noted that that need for security extends not only to the general motoring public but to drivers’ cargo, drivers’ freight, the increasing theft of which adds to the cost of so many manufactured goods for the general public. Jason’s Law is a fine bill to get behind, but as you push it forward, make the cargo theft connection apparent when you speak to lawmakers. 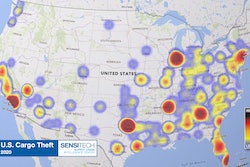 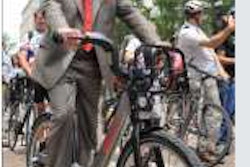 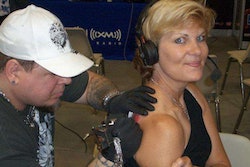 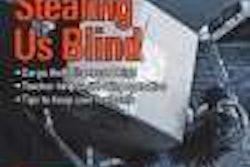