Claims that disclosure of data related to the Comprehensive Safety Analysis 2010 program will have disastrous consequences for many trucking companies fail to acknowledge that similar data have been available for more than a decade without causing such problems, the Federal Motor Carrier Safety Administration told a federal appeals court Dec. 6.

Moreover, various arguments that the new data is misleading and inaccurate “do not withstand scrutiny,” the agency said. FMCSA was responding to a motion for an emergency stay filed with the U.S. Court of Appeals for the District of Columbia Circuit last week by three trucking organizations.

The inability to show irreparable harm is one of three principal reasons FMCSA said the groups haven’t met the criteria for justifying a stay. The agency said it did not need to use notice-and-comment rulemaking because the actions in launching CSA do not establish or amend any law, standard or rule concerning the federal determination of whether a carrier is sufficiently safe to operate a motor vehicle. “It instead establishes a procedure for concentrating the agency’s limited enforcement resources where they are needed most.”

And public interest weighs heavily against a stay because it “would deprive the entire industry of better information on safety performance and impair the Secretary’s ability to implement procedures proven to be successful in targeting enforcement resources where they are needed most,” FMCSA said.

Although CSA’s Safety Measurement System looks at inspection and crash data in a different way than SafeStat, the type of information available to the public is the same, FMCSA said. Even the percentile rankings that have generated the most concerns with CSA are available for safety evaluation areas within SafeStat. And as with SafeStat, the data alone will not be used — at least not now — to establish a safety fitness determination, the agency said.

“The safety measurement system will compile safety data,” FMCSA told the court. “But it does not establish or modify any federal safety standard. And though the system will rank carriers’ safety performance, the percentile rankings merely reflect a carrier’s performance relative to other carriers and emphatically do not reflect a federal determination as to whether the carrier is safe enough to operate a commercial motor vehicle.”

The groups suing FMCSA are particularly concerned about the financial consequences to low-ranking carriers as shippers and freight brokers take their business elsewhere for fear of incurring vicarious liability in the event of an accident. “This contention premises a claim of harm on mere speculation as to the voluntary actions of third parties and is at odds with the historical record,” FMCSA said. “The Secretary has made similar information available to the public for more than a decade without causing the disastrous economic consequences feared by petitioners.”

In addition, FMCSA has “taken great care to bar public disclosure of data that is not fairly indicative of a carrier’s safety performance.” As with SafeStat, the public won’t have access to accident data “because such information, in its current form, does not indicate whether the carrier should be accountable for a particular crash.” And in response to concerns raised by public comment, the agency barred public access to the percentile rankings in the cargo-related data category because it may be skewed against certain industry segments.

FMCSA argued that the groups’ request would require it to choose among unacceptable options — forgoing the safety enforcement enhancements of the new system; operating a two-tiered information system bound to create public confusion; or removing all public access to safety performance data, “thus crippling the industry’s ability to use safety performance data to make important business decisions.”

The groups challenging CSA – National Association of Small Trucking Companies, The Expedite Alliance of North America and the Air & Expedited Motor Carriers Association – are set to file their reply to FMCSA Dec. 7. 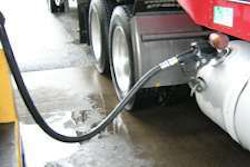 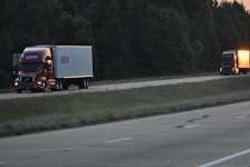 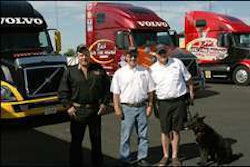 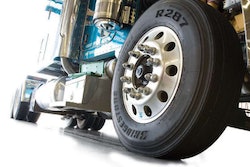