A broad range of projects targeting freight transport, funded by state bond money and administered by the California Air Resources Board and air districts, has slashed emissions along trade corridors and near ports, cutting pollution from trucks, trains and ships, CARB announced Jan. 24.

More than 5,300 diesel trucks are being cleaned up, 19 locomotives operating in the Central Valley and Southern California are being upgraded, and clean electrical power will be available this spring for ships docking at the Port of Oakland costing $250 million as part of implementation of CARB’s Goods Movement Emission Reduction Program. The program is supported by $1 billion in voter-approved Proposition 1B bonds, of which $450 million already has been allocated.

CARB Executive Officer James Goldstene says, “We estimate that these projects will eliminate more than 3 million pounds of diesel soot plus 60 million pounds of smog-forming pollutants from our environment over the next few years.”

Goldstene says the program’s bond monies are leveraging substantial matching funds from private, local and federal sources – more than one match dollar for every program dollar invested – resulting in an additional $300 million above and beyond the Prop 1B bond funds to aid in overseeing pollution reduction projects through to their completion within the next few years.

To update the 5,300 trucks – including those that service the state’s busiest ports – older trucks have been replaced with new diesel models or those powered by natural gas meeting cleaner 2007 or later emissions standards. In the four targeted trade corridors – Bay Area, Central Valley, Los Angeles/Inland Empire and San Diego/Border – most equipment owners opted to replace their trucks. However, in the Bay Area, a majority of the port truck owners chose to retrofit their vehicles with diesel soot filters that trap at least 85 percent of particulate emissions. 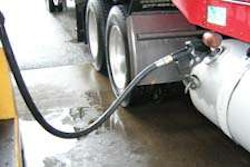 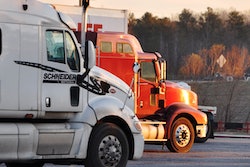