Carriers who plan to apply must enter six drivers and six office staff members and complete the application by Nov. 30. The contestants will be announced Jan. 1, 2012.

TCA has partnered with weight loss clinic Lindora Clinic, whose nurses will keep in touch with the participants during the low-carbohydrate, low-fat moderate protein process. The regimen will also include exercise, nutrition, education and lifestyle changes.

The application is at www.TruckingsWeightLossShowdown.com. 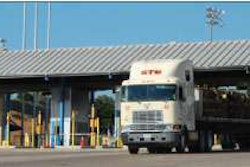