On Feb. 17, the agency filed its response in the U.S. Court of Appeals for the Seventh Circuit. OOIDA’s Jan. 19 motion had asked the court to direct FMCSA to “cease and desist from authorizing, sanctioning or in any way encouraging” using the devices to increase hours of service compliance until the agency issues a rule ensuring the devices will not be used to harass drivers.

The same court sided with OOIDA last August, vacating the agency’s 2010 rule that would have mandated EOBRs on all trucks used by certain non-compliant carriers. It stated the rule had not met statutory requirements, namely, a federal regulation stipulating FMCSA ensure these devices are not used to “harass vehicle operators.”

In November, the association wrote the agency, citing a trade publication article from the previous month. It asserted the report indicated agency officials were pursuing “a policy of encouraging” carriers to use EOBRs without first publishing regulations ensuring the devices are not used for harassment.

FMCSA should “not permit or facilitate” EBOR as an enforcement tool until such a final rule is published, OOIDA said.

The agency told the association that a 1988 final rule allows “carriers, at their option,” to install the devices so carriers could “record their drivers’ records of duty status in lieu of the required handwritten record.”

FMCSA’s court brief noted that OOIDA had not challenged that 1988 rule nor had the court mentioned it. Also, FMCSA does not mandate carriers use EOBR, so the agency cannot be held responsible for any problem an owner-operator may experience with them.

The agency also published a Feb. 13 Notice of Intent it is moving forward with EOBR and HOS rulemaking and would obtain comprehensive data to create a Supplemental Notice of Proposed Rulemaking on the issue. 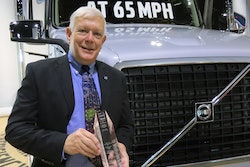 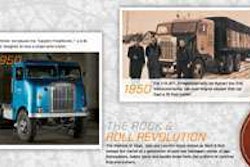 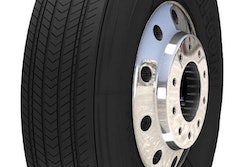