Load by phone: How operators are using online tools

For the previous part 1 of this three-part series, follow this link. 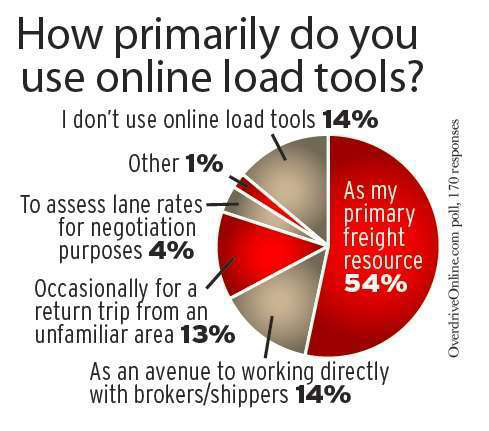 Owner-operator Cody Blankenship is among the 14 percent of owner-operators who view load boards primarily as avenues toward working more directly with trusted brokers and valuable shipper customers. Today, Blankenship keeps the reefer trailer behind his 2003 Kenworth W900B loaded via relationships he’s developed with hard-won experience, using boards only sparingly.

Landstar owner-operator Jackie Wormley sees the email-alert tools embedded in her company’s in-house load board as key to load planning. Running with her 5-inch Samsung Galaxy Note on a dedicated run from Iowa to Montana, she’s set up a saved search of the destination area for available loads, and if one pops up that meets her criteria and fits within her schedule for returning to Iowa for the next pickup, she’s likely to take it.

Wormley says the load alert tool is “something that follows you around” to help you make efficient decisions. Most loads in the Landstar system are posted with an associated rate, and Wormley easily can eliminate the time-consuming calls that posting her truck as available ahead of arrival can bring on. On traditional boards, drivers still are likely to have to work the phones to negotiate rates and find all available load details.

Owner-operator Jeff Zehrer has a trusted partner in such work – his wife, Debbie. Zehrer is leased to Osakis, Minn.-based Hensley Inc., pulling a dry van, but is involved in return-trip load selection. When he gets his outbound destination from his home base, Debbie is back in the home office posting his truck as available on the date it’s slated to arrive at its destination. 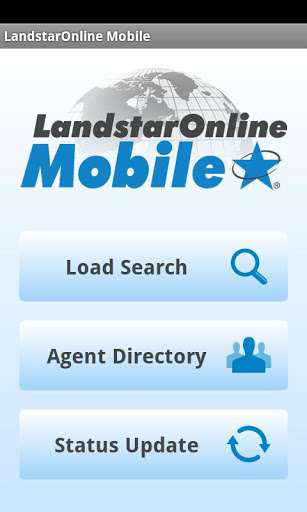 Access to Landstar Online has been available since late 2011 via smartphone app on the iPhone/iPad and Android and Windows Phone devices, though Landstar-leased owner-operator Jackie Wormley prefers the full utility that accessing the system through a web browser enables, she says. She bought the large-screen Samsung Galaxy Note smartphone she carries “just for that reason, so I could look at the regular load board without having to open up my laptop.”

The couple has accounts with TruckersEdge and GetLoaded and can access the Internet Truckstop board via Hensley’s account. “Debbie puts herself down as the contact” on loads to handle phone calls while Zehrer’s running. “We just absolutely love it,” he says. “Sometimes we’re getting calls five and six days before I even get there.”

While “some guys just don’t like getting all the calls” a posting can yield, Zehrer believes his advance legwork marks him in the minds of brokers and/or shippers using the boards. “The people that do call us seem to respect us more because we’re thinking three to five days in advance,” he says.

Second Wind independent owner-operator Greg Trott, based in DeLand, Fla., uses load boards sparingly to supplement his regular sources for reefer freight, including brokers with Coyote Logistics and Diel-Jerue Logistics. Trott has accounts with both GetLoaded and Internet Truckstop.

“When I go into an area – usually late at night when I stop driving – I look at the load boards,” usually via his laptop, Trott says. If he sees a load that could fit his schedule, “I’ll email the broker on that load then, but I’ll also contact the brokers I know well to see what they have.”

Trott believes that building a relationship with a fair broker can lead to loads with better rates – something he’s seen with his Coyote source. “He’ll tell me honestly if loads aren’t paying well,” Trott says. At the same time, “he has gotten me some pretty good rates from folks who typically don’t like to pay at all.”

Blankenship built a relationship with Coyote after first meeting the broker via a GetLoaded load post. “I get to know the individuals involved” at both broker and shipper, he says. Given such relationships, today Blankenship rarely uses load boards. His regular round – secured via his contacts at Coyote, the Transplace brokerage and more than one shipper – gets him home every weekend.

Find the third and final installmenti in this series via this link. 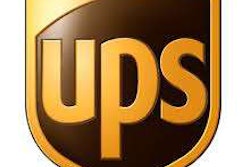