Service charges at the pearly gates 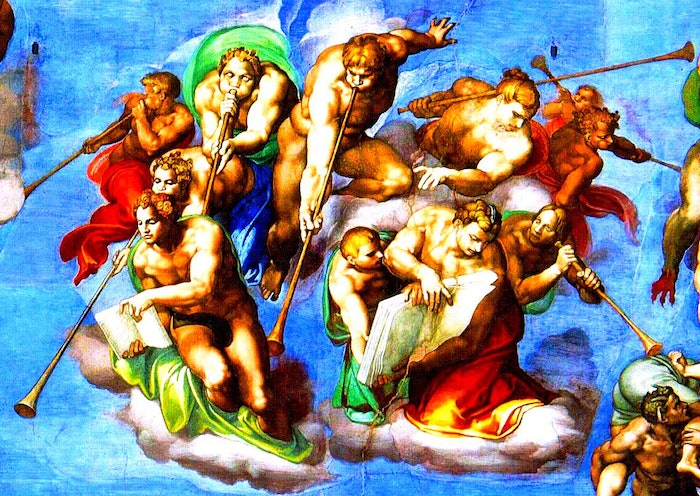 Being on the road necessitates a lot of paying bills online and by phone. Virtually every company out there has some form of “service charge” for doing so, and I personally think it’s gotten out of hand. I am currently looking to back a candidate who will abolish all service charges and force business who charge a service charge to be able to actually prove that they have indeed provided a “service” above and beyond what they are being paid to do anyway.

Case in point: I called to make a payment over the phone to our local electric company, and was informed that I would be charged an additional $4.95 to make my payment by phone. To the power company itself, not a third party. I was dumbfounded: $4.95 for the privilege of paying my bill in one of the most efficient ways possible for myself and the company. There is no service charge for sending a check, which has to be physically processed by a human at both the post office and the bank itself, coded at the patron’s bank, and returned in money form with a wire transaction, which is what I was trying to do in the first place when they told me it it was going to cost me four dollars and ninety-five cents. Instead, I opted to send them 97 one-dollar checks to pay my bill. A book of checks doesn’t cost four dollars and ninety five cents anymore, and even if it did it would be worth the cost to make a point to these blood-sucking fiends. Also, I have an inordinate amount of time on my hands when we’re traveling through Indiana.

Charging someone a service charge to pay their bill is the most blatant form of thievery I have ever witnessed. It is widely accepted now that we have to pay a service charge in order to have our money taken from us. I would understand if I called the cable company and asked them to take a payment for my power bill, and they charged me a service charge. That would make perfect sense because they would have to have someone call the power company and pay that someone to be abused by the power company representatives for approximately 11 minutes in order to make the payment for me. An actual service, above and beyond just being a cable provider, would have then been performed and a service charge would be in perfect order and happily paid. When I call the cable company to pay my cable bill and they charge me a service charge to do so, it is no different than having an employee of the cable company meet me in the alley with a gun and extract a service charge from me to allow me inside to pay my bill. (I’m suddenly put in the mind of lumper fees, for some reason.)

I make a point to carry at least $4.95 with me at all times now, because I’m fairly certain that there will be a service charge to participate in the Rapture. We will be standing at the hand of God waiting to be judged and allowed into Heaven or sent to Hell, and the office manager will come along and inform us that there will be a $4.95 service charge in order for our records to be processed and a decision to be made. You just wait.