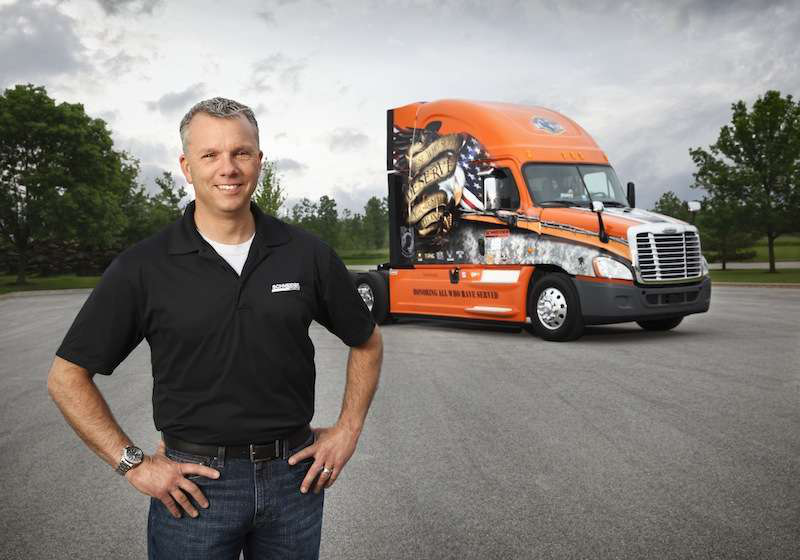 Schneider National was recently selected by Freightliner to receive the 11th edition Ride of Pride truck, which is designed to be rolling tributes to members of the United States military past and present. The tractor joins Schneider’s existing fleet of five Ride of Pride tractors, including the only Canadian military-themed unit ever produced. The 11th edition was added to the fleet Memorial Day weekend following its traditional debut at the Rolling Thunder motorcycle rally in Washington, D.C. The drivers assigned to the Ride of Pride fleet are all veterans. Chuck Ceccacci has been named the driver of this year’s Ride of Pride. Ceccacci has worked at Schneider since 1997 and served in the U.S. Marine Corps for nine years. The 2013 rig is a Freightliner Cascadia, featuring a fully-customized patriotic decal theme, including the American flag, the bald eagle, military camouflage, the POW/MIA logo, and the words, “Those who serve deserve honor, respect, thanks,” displayed on the orange Schneider cab.