The mood is somber in the house tonight; we’ve all retired to our rooms to contemplate the implications of the sad and apparently self-inflicted death of our Roomba. For those of you who don’t know what a Roomba is, stop reading here because none of this will make any sense to you and you probably live in a cave. (Kidding!) A Roomba is one of the new and improved household helpers the robotics industry has recently bestowed upon the modern housewife, and the last cave I was in had a nicer floor than my kitchen.

This handy device strongly resembles a crawling Frisbee on steroids. Through the wonders of technology, and a tiny computer chip brain, Roomba whirrs semi-silently around on the floor vacuuming up clumps of cat hair, stray cheerios, errant toenail clippings and dust bunnies from underneath the couch.

Inside the tiny brain is a homing mechanism that tells it where the docking station is, so it can recharge its batteries when it feels tired or sad. It’s also equipped with a sensor that warns of falls so you can even leave it upstairs and unattended without worrying that it may hurl itself down to an untimely death, which is precisely what our Roomba did.

I rounded the corner of the stairwell, and walked straight into Roomba hell. He (we named him Robert the Roomba) was upside-down and beeping incoherently. One of his little sensors lay across the floor, broken away from his scratched and banged-up body. Robert was regurgitating cat hair and flashing warning lights, clearly in distress.

I righted him, and God love him he began whirring in circles, unable to find his docking station. I gently cradled him, as I picked him up and took him to his home. Before I could plug him back in, he gave one last pitiful beep, and began smoking. This immediately alerted all of the other electronics in the house to the DEFCON status of neglect we had perpetrated upon the poor, flaming Roomba.

You see, no matter how easy technology makes things for us, we are still a necessary part of the equation. Our dearly departed Roomba had been operating in a home with three dogs and a cat for approximately six weeks without anyone ever emptying his waste canister. Being the loyal servant he was, Robert Roombie continued sucking up hair and roaming around completely constipated until his sensors were blocked and he could take it no more. We will miss him dearly, and have made a new commitment to our plasma screen television never to spray Windex on her again.

Live and learn, and empty the Roomba. 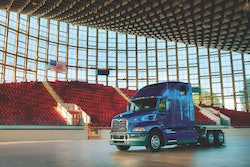 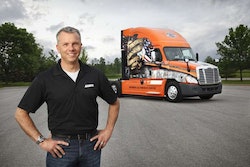