Sales of diesel particulate filter retrofits for in-use, on-road, heavy-duty diesel vehicles operating in California remain lower than the state’s projections, according to the results of a survey released today by the Manufacturers of Emission Controls Association (MECA). The total number of verified DPFs sold by MECA member companies for diesels operating in California in the first half of 2013 was 3,508 and includes both passive and active DPFs. Under the California Air Resources Board’s truck and bus regulation, the agency projected that approximately 59,500 DPFs would need to be installed this year to meet the Jan. 1, 2014 compliance deadline for 2005-06 model-year engines.

These latest numbers follow sales of 6,261 DPFs for in-use, on-road, heavy-duty diesel vehicles in California in 2012, which was less than the 8,400 projected by CARB for last year. Overall, CARB has projected that approximately 76,500 DPFs would need to be installed from 2011 to 2015 to meet the requirements of the truck and bus regulation. Joe Rajkovacz of the independent Western Trucking Alliance and California Construction Trucking Association notes that actual-sales numbers may represent a large amount of recycled federal dollars going to local governments to retrofit their fleets of school buses and other vehicles. “That’s where well over 90 percent of the public funds made available for retrofitting have gone — they were government to government exchanges,” Rajkovacz says, referencing then his long work analyzing the distribution of public dollars, “primarily to school-bus fleets.”

Small fleets (three or fewer total vehicles) are required to demonstrate that at least one of their vehicles of any model year) has a DPF (originally equipped or retrofit) by the January 1, 2014 deadline, and owner-operators with their own authority, if operating 1996-2006 model-year-engines, even those who registered with CARB to receive the compliance extension, also come fully under the requirements.

Rajkovacz estimates that through this year, only 30 percent of the fleet operating in California was functionally under any CARB upgrade requirements under the Truck and Bus Rule. Come January 1, that percentage becomes somewhere closer to 90 percent, he said.

While MECA describes installing DPFs as “one of the most cost-effective ways to comply with California’s regulations to reduce particulate matter (PM) emissions from the existing diesel fleet,” Arizona-based Lightning Logistics small fleet coowner Joe Hammerslough looked at the issue in terms of value and ongoing costs. “For an owner-operator,” he said, speaking from his company’s booth at the Expedite Expo show in Wilmington, Ohio, the DPF option for CARB compliance is functionally “to take a truck worth, say, $35,000 and do an $18,000 upgrade that doesn’t help the truck’s value” and is a maintenance item itself down the line. Hammerslough’s 25-truck fleet includes some leased owner-operators, and in addition, he’s dispatches 10 or so independents with their own authority under exclusive contracts.

As MECA noted, however, DPF retrofits are less costly than the other option available to owner-operators — purchasing a new vehicle or repowering a used vehicle. “To date,” the association said, “more than 300,000 on-road vehicles and 50,000 off-road pieces of equipment have been retrofitted with DPFs around the world. In the U.S., based on previous MECA retrofit sales survey results, approximately 90,000 DPFs have been sold since 2001 for both on-road and off-road vehicles.

MECA cited substantially positive performance records: “In response to California legislative action in early 2012, ARB staff reviewed retrofit field experience since 2002. Of the 25,000 DPFs deployed in the state during that time, CARB found [fewer] than 15 cases where the devices failed to the point of unsafe vehicle operation, and all of these failures were shown to be attributed to either poor engine or device maintenance, misapplication of the device, or the ignoring of warning alarms by the vehicle operator.”

There are currently 43 verified Level 3 DPFs available in California covering a range of on-road and off-road applications. 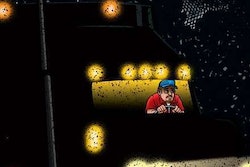 How to truck through a Volcano 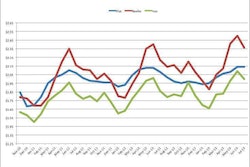