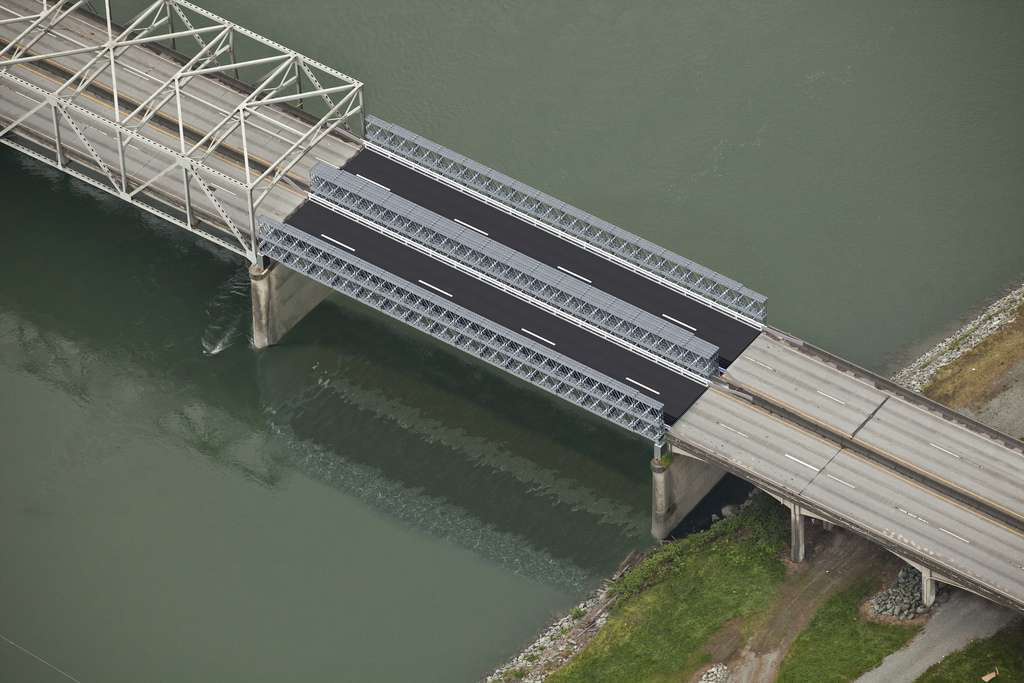 An artist’s rendering of the replacement bridge set in June.

The Interstate 5 bridge that collapsed over the Skagit River in Washington in late May and caused major disruption of the West Coast corridor reopened this weekend after a permanent span of bridge was added, replacing a temporary span that had been in place since mid-June.

The bridge collapsed after a truck struck one of the support beams, says a Washington Department of Transportation report. The trucker piloting the oversized load that made contact with the bridge says he felt crowded by a tractor-trailer passing him on the left and moved right, when the 2010 Kenworth struck a load-bearing part of the bridge.

No one was hurt or injured. Two passenger vehicles, however, did fall into the river.

The truck had a pilot vehicle that had a clearance pole 16 feet, 2 inches high, which reportedly cleared the bridge. The driver said he thought his load was 15 feet, 9 inches tall. The lowest portions of the bridge, however, were 14 feet, 8 inches.