For some reason, every single time we go to Louisiana, we see an inordinate amount of drunk people. I’m not saying there are a lot of drunks in Louisiana, I’m saying they’re not extremely private about their drinking, which is probably healthier for everyone involved. At least if you hang around long enough, you know who to look out for and stay away from.

Louisiana also usually means we’re hauling some sort of petroleum product and have to go see the mean lady. I’m not going to mention where the mean lady works, as I’m certain when I describe her intrusive behavior of climbing up into the truck at the gate with a flashlight and hammering us with questions about whether or not we have weapons, animals or bottles full of urine in the cab, many of you will know already. I realize security is necessary, but I’m not entirely hip to anyone else being all up in our cab. And you can bet your eye teeth, unless you’re a card-carrying member of the official law enforcement community, I’m going to choose my right to remain silent when you ask me if I have a weapon. When we’re on the road, that cab is our home, and it should be treated as such.

I learned my lesson last time we were in Louisiana, and refrained from wearing any Ohio State gear out in public. I did, however, make the mistake of wearing my favorite GetLoaded tee shirt into the truck stop late at night. An inebriated woman in the bathroom mistook the load board advertisement for a command, and immediately became certain I was friend to all drunk chicks.

“I want that shirt! It says GetLoaded!”

I gave the obligatory nod/smile and “haha, you’re funny” look and started washing my hands. Apparently, this is a secret drunk-people sign for “I’m going to take my shirt off and give it to you,” because she started taking her shirt off, as if we were going to trade clothing, like we were at a slumber party, painting each other’s toenails and eating popcorn. While she was struggling to get her shirt over her head, I left the bathroom. At some point in time, her handler showed up, because as I was walking across the parking lot, back to the truck, she screams out the passenger side window of the car she’s leaving in, “SHE’S GOT MY SHIRT ON!”

So lesson learned twice, Louisiana. I’ll be wearing only plain, white tee shirts when I visit from now on. And I’m making cookies for the mean lady. Everyone has an achilles, hers may be cookies. I’ll let you know. 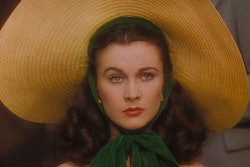 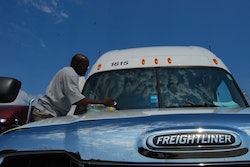 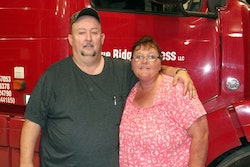 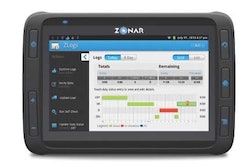