A version of the sleep apnea bill introduced this month in the House has now been introduced in the Senate, sponsored by Sen. Roy Blunt (R-Mo.) and Sen. Mark Warner (D-Va.).

The bill if passed would require that any action taken by the Federal Motor Carrier Safety Administration in regards to sleep disorder screening requirements for carriers come in the form of a rule and not the previously hinted at guidance, so that the regulation can be made via the formal rulemaking process and be properly evaluated.

The Senate version has been referred to the Commerce, Science and Transportation committee. It’s currently unclear when the bill will see further action.

The House’s two-page version has seen somewhat of an expedient path to passage, passing the House’s transportation committee Sept. 19 — just one week after it was introduced — and now scheduled to be brought to the House floor Sept. 25.

It even invoked response from FMCSA last week, who issued a statement saying it would approach sleep disorder screening regs via the formal rulemaking process.

In a letter issued to House colleagues, Rep. Larry Buschon (R-Md.), sponsor of the House version, said the annual cost for the industry of screening, diagnosing and treating obstructive sleep apnea “could exceed $1 billion annually.” Because of the high cost to the industry, he said — and “in the interest of due process” — the bill deserves “full consideration” by “all affected stakeholders, including the drivers themselves,” along with a proper cost-benefit analysis.

FMCSA-issued guidance, he said, would “sidestep a thorough analysis.”

Click here to read more about Buschon’s letter, and click here to see Overdrive‘s coverage of the agency’s response. 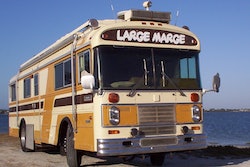 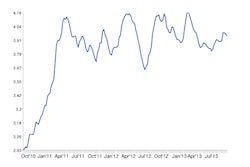