It’s been a busy week in the old office. We came home for our son’s birthday and ended up staying three extra days because of a radiator leak. In related news, Freightliner radiators were apparently used in the building of the Taj Mahal, as they cost approximately what the ceiling of the great ballroom did to build. Holy hold my hand and tell me it ain’t so, Batman. That one stings a little.

Anyway, during the course of our home time, our son-in-law texts me a picture of the now infamous ambulance chaser ad, which he just happened upon in Maxim magazine while perusing their top 100 hot chicks with tiny clothes on. He’s always looking for things for me to write a letter about — he’s a great kid who works at the local steel mill and knows how important truckers are to his job. He also added that their top 100 wouldn’t be in his top 100,000, and although I’m sure this isn’t pertinent information, I think it’s hilarious.

I posted the ad out there on our Facebook page about the time it hit CDLLife, and between the two pages, the image was well-known and hated by every trucker that saw it in approximately 15 minutes. (This is a blatant filthy lie. It took about 45 minutes. No kidding.) Before morning, the ad had been shared, Tweeted and torn out of magazines all over the country and the general consensus was to find who designed it, approved it and ran it and run them over repeatedly with a fully loaded oversize flatbed. People were mad and they used the tools they had to let the companies involved know it.

Within 24 hours, the truck stops who carry magazines had removed it from their racks and issued formal press statements about it. Within 30 hours, the magazine running the ad had issued an apology to the trucking community and offered ad space for something pertinent to our cause, free of charge. Within 32 hours, the law firm who paid for the ad and ran it in the first place had issued an apology and stated they wouldn’t use it again. I’m not sure how much the fact that people were mad about the ad had to do with the law firm pulling it — I would venture to say it might also have had something to do with Kenworth’s legal team expressing their displeasure in the use of a photograph of their product in an advertisement suggesting truckers were serial killers.

In the two years I’ve been doing this job, I’ve never seen the community get behind an issue like this. It’s a well-known fact that truckers are very difficult to advocate for – they absolutely cannot agree on most things. I was completely shocked the first time I wrote something about parking issues and was handed my ass in a bag because people thought our parking issues were entirely our own fault. It’s really hard to advocate for people who can’t agree on what color the sky is, much less the actual issues at hand.

There are a lot of people who think this incident was a big waste of time, that it really doesn’t matter because the public is going to view us as serial killers no matter what. A week ago, I would have agreed with these people, but after seeing the outpouring of support to get this ad removed , I believe we’ve actually found some common ground.

Now that we have a little momentum, people are paying attention, let’s use the solidarity for something that makes a little more impact on our lives. In staying with the theme, take a moment to let congress know how much of a target the trucking industry will be if they insist on raising the insurance minimums from $750,000 to $4 million. It takes about two minutes to fill the form out, and it’s something you can do on your 30 minute break that will actually speak to an issue we need to address.

Here’s the link to the form. 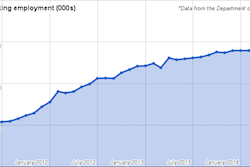