There are people in this world who travel to the same places every single day of their lives and never know exactly where they’re at. I know this because I’m one of them. I have a horrible sense of direction and have been known to get lost pretty dang close to home. Part of the problem is, like a lot of people, I have a complete inability to remember the names of streets. I associate characteristics instead of names to things, so South Street in my brain is, “The street my cousin lives across from. You know, the girl who married a big red-headed guy.” Giving directions to people is really difficult, but here’s the thing: I know this about myself and so don’t attempt to give directions.

All directional information is referred to the man who the kids and I commonly refer to as “the guy with the metal plate in his head,” because George has an uncanny sense of direction and can find pretty much anything. Also, if he’s ever been there once, he will never forget how to get there again. It’s really pretty amazing, especially to someone like me, who has to go somewhere three of four times before even being able to get back to the general area without having a melt down.

Some people don’t know this about themselves, and yet, they attempt to disperse directions at will. This is especially annoying to other people who are driving large trucks in circles around closed roads because of construction and vainly seeking a way into the fortress that is the delivery warehouse slap dab in the middle of every closed or restricted road in town. The very last thing a driver wants to hear while trying to obtain directions in an unfamiliar place is something like, “You know, go past the Sunoco and hang a left at Ned’s Place.”

It’s my self-appointed task of scribbling directions down as George repeats them to the warehouse worker, or cleaning lady, or whoever answers the phone.

“Hey man, the road into the office park is closed for construction, every other road until I get to the highway is truck restricted. How am I supposed to get in there, brother?”

This is where I sit rapt, with my handy pad and pen, waiting for directions.

“Really? I had the steps numbered and everything…”

Sometimes, my services are not needed. In the event that my service might include directions of any kind, it’s probably best. 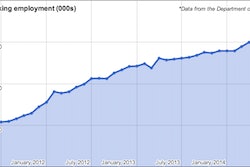 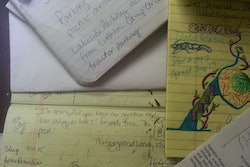