UPDATE NOON 11/21: A press conference held by New York Governor Andrew Cuomo revealed that the New York State Thruway would be partially reopened “at 3 p.m. today,” reported Jacob Pucci of Syracuse.com. The roadway would be fully open “from Exit 46 in Henrietta to Exit 50 at I-290.”

A second segment, between Exit 51 to the Pennsylvania border, would likewise be open, “but local exits will still be closed,” Pucci reported. “Onramps will be open,” likewise rest areas. Click through the map image above for the latest closure information from the Thruway authority, and read Pucci’s report at this link.

“The Thruway (I-90) remains closed in both directions between exits 46 (Rochester, I-390) and 61 (Ripley),” noted the Thruway Authority. “And the Niagara Thruway (I-190) is closed southbound only between exits 16 (Youngmann Memorial Highway, I-290) and 1 (South Ogden Street) due to a significant lake effect snow event in Western New York.”

On Nov. 19, New York State governor Andrew Cuomo visited some stranded drivers along the route, attendant to wide concern that the interstate was shut down too late.

According to the Associated Press, officials had not set a timetable for reopening as of Friday morning, November 21. Other major routes also remained closed around the region for a fourth day, including U.S. Highway 219 and New York State Route 400.

Photos and other tweets from the past few days tell part of the story:

A closed New York State Thruway with more Weather coming it is unlikely to open until Friday pic.twitter.com/lPEQdleQ5H

Stay safe in NY! RT @FoxMariaMolina: All kinds of travel bans in WNY because of the feet of snow recorded there pic.twitter.com/p1Phc8rMKv

This is a photo of the NYS Thruway late today. @STCRDO a new topic for your conversation. pic.twitter.com/igcYPAPG7E

PICS: Just got these photos from viewer stuck on I-90 (Thruway) in #Buffalo, N.Y. IMAGES: https://t.co/x5UbctrIY1 pic.twitter.com/2c9TPKbJue

This morning around 4:15 am in Salem Oh. at our trucking terminal. @OKCStormWatcher @NWSPittsburgh @breakingweather pic.twitter.com/bDfdndVdFR 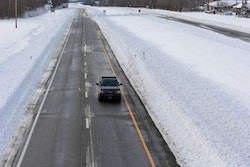 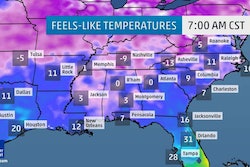 Arctic blast hits much of the country