Ladies and gentleman, get out your coloring books

“I’ve decided that being an adult is too hard. If you need me, I’ll be under my blanket fort, coloring.”

People handle stress in different ways. Being that it’s one of the leading factors in heart disease, and heart disease is incredibly prevalent in the trucking industry, I’d venture to say some of us are doing it wrong.

I was told about two and a half years ago I would have to learn to manage my stress better. I find it telling that I had been traveling in a truck for about six months before my doctor decided I needed to chill or my heart was going to explode. Hmmm. I spent my former life running around, giving meds and making sure people didn’t die on my 12-hour shift and never had high blood pressure, but after putting me in a truck for six months, I attained record numbers, and not in a good way. Being in a life-and-death nurse situation has very specific procedures and you have some measure of control — being in hairy traffic is a complete crapshoot, and you never know when a crazy in a Prius is going to come out of nowhere screw up your whole world.

If we dive into the physiology of the matter, we will probably note that the stress isn’t as much of a factor as the sedentary lifestyle. If you never make your heart work a little harder, it has no reason to work harder. It’s kind of lazy like that. This, coupled with my lack of truck-specific stress processing tools, set me up for a perfect storm.

My doctor was trying to determine what it was that stressed me out so bad. She was amazed at the things I told her.

“What is it that makes you nervous on the road?”

“How much time do we have?”

“Well, within reason, tell me about some of the situations you feel stress in.”

“People are angry on the road, Doc. Any number of times during the day, I watch someone freak out and start screaming at either us or another car. I saw an old lady destroy her cell phone – she just smashed the crap out of it on the steering wheel, while she was driving, and threw it down into the floorboard.”

“Wow. That kind of stuff happens a lot?”

“Every. Single. Day. And I haven’t even begun to tell you about the chick shaving her legs, while talking on the phone, driving across the bridge to Kentucky…”

“She was shaving her legs?

“Oh yeah. Baby wipes, razor, lotion all laid out on the passenger seat – chatting away and shaving, leg all cocked up on the dash, not a care in the world.”

“I can see how that would be alarming.”

“That’s not even a good one. You should have seen the pants-less bald guy in Missouri, he was…”

So we discussed some stress-relieving methods, most of which involved me staying in the bunk with a Scooby Doo coloring book for large portions of the day, especially when we’re in heavy traffic. Believe it or not, this is also a stress reliever for George, who doesn’t have to listen to me gasp and curse every five seconds. I am once again (for the gabillionth time) grateful for his calm disposition and eternal patience with me.

I also took up crocheting – and I’ve seen more than one big ol’ man trucker sitting in the cab knitting or crocheting on his break. I think it’s great, and the doc tells me the mundane repetition is calming to the mind. She didn’t take into consideration that I can’t crochet a straight line, so my mundane repetition doesn’t create lovely scarves and blankets, but oddly shaped lumps of yarn that for some strange reason resemble pyramids.

George uses photography to escape – and he’s created some beautiful work doing it.

Not a lot of people know this, but in his pre-trucking life, he was a photographer for Clear Channel 1 and shot some pretty big rock ‘n’ roll shows for them. This was before digital photography ruled the world – he actually had to change lenses and know his ratios, and he loves things like that. He uses his photography now to relax and channel his energy, and he’s better than ever. 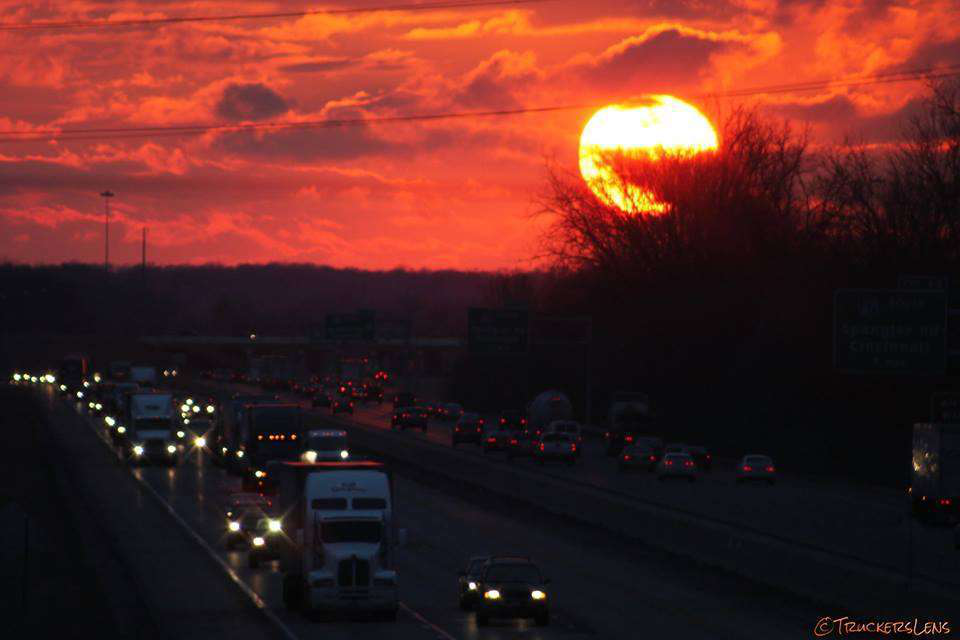 So, according to the doc, and as evidenced by my recent normal blood-pressure readings and George’s ever-even temper, it’s important to find stress relievers. It’s also important to take regular walks and eat as healthy as possible, but those aren’t nearly as fun as coloring or creating lumpy pyramids. Or beautiful photography. Find a hobby you enjoy – it’s good for your mind and that’s good for your business. 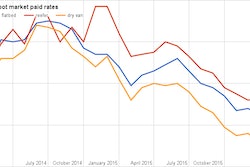 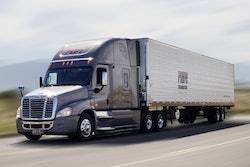 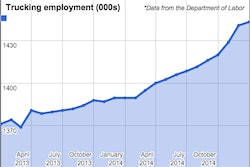