Next generation of heavy-duty engine oil expected before 2017 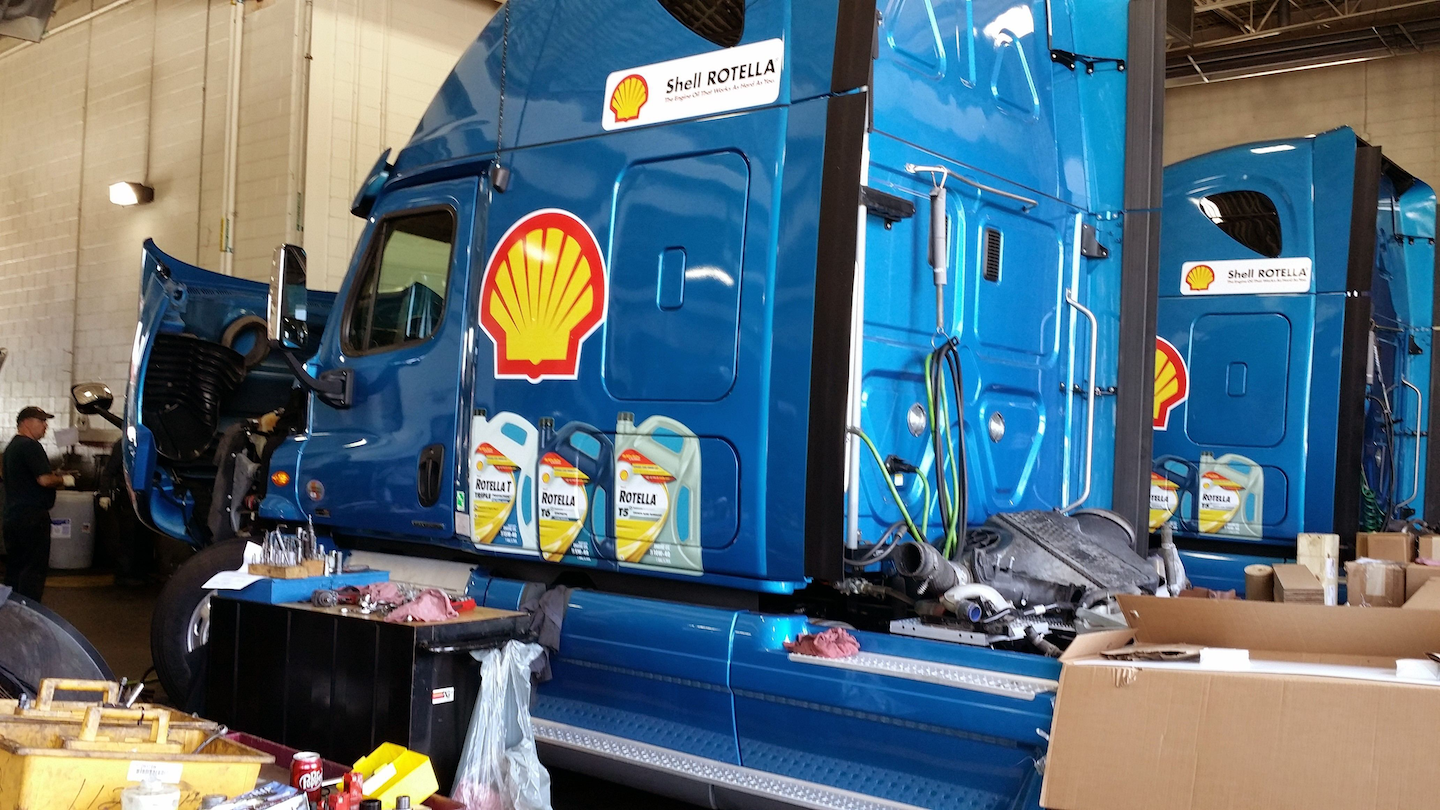 Shell says it has done millions of miles of real world field trials with the PC-11 engine oils. The category could come to market next year.

The next category of heavy-duty engine oils, right now dubbed PC-11, could come to market in December 2016, says Dan Arcy, head of the development team for the next-gen engine oil and OEM Technical Manager for Shell Lubricants.

Arcy spoke Wednesday at Shell’s annual global media event, held this year in San Antonio at the Southwest Research Institute, where Shell and other major oil marketers perform key engine oil tests and those that allow lubricants suppliers to stamp their products with API certification.

Licensing was set to begin in 2017, Arcy said, but engine makers recently asked the development committee to shoot for late 2016, as the engines that need to use the new oils will start being produced in 2017.

PC-11 was originally requested by engine makers in 2011 in response to the looming mandate to reduce greenhouse gas emissions and lower fuel consumption. Modern engines also are running hotter — as much as 10 degrees Celsius, Arcy said — than older engines, and a new oil category was needed to reflect that.

PC-11A will have the aforementioned improvements to the current CJ-4 engine oil, but it will retain the viscosity level of CJ-4. It will be backwards compatible with all year-model engines.

PC-11B will also have the requested improvements over CJ-4, but it will also increase fuel economy and in turn lower greenhouse gas emissions, Arcy said. It’s uncertain yet whether the oil will be backwards compatible, and may only be recommended by manufacturers for year-model 2017 and newer engines.

Arcy said Shell will back up whatever recommendations manufacturers make about the backwards compatibility regarding PC-11B.