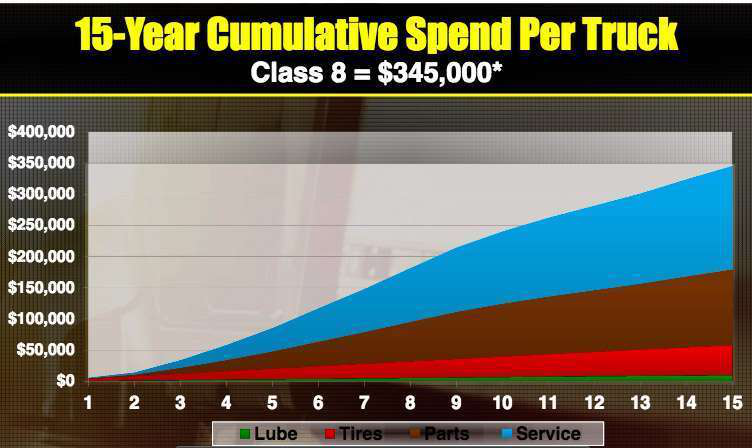 A new Class 8 truck off the lot of a dealership is likely going to cost between $113,000 for a day cab and $125,000 for a sleeper, but as owner-operators are well aware, that’s jut the beginning of the cost of ownership, writes Overdrive Equipment Editor Jason Cannon on Overdrive sister site CCJ.

According to a presentation by MacKay and Company’s John Blodgett and David Kalvelage at Heavy Duty Aftermarket Week, when taking into account the cost of tires, fluid and lube changes, parts replacement and problems that pop up over the life of a truck, expect to add another $20,600 each year. That breaks down to $7,200 in parts, $2,900 in tires, $600 in oil and lube and $9,900 in service costs per truck per year.