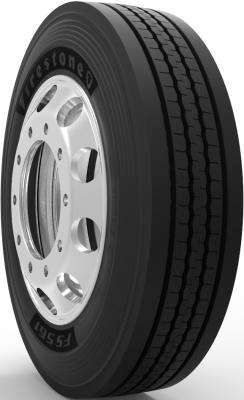 Bridgestone Americas Tire Operations says it will recall some of its Firestone FS561 tire sold in the U.S. and Canada between April 2015 and January 2016.

All other FS561 sizes and applications are not included as part of this recall.

Bridgestone says the voluntary recall was initiated by an elevated number of warranty adjustment returns for tread separation and/or detachment on tires in the severe service trailer application. The subject tires, when used in the severe service trailer application, may experience scrubbing which may result in an increased risk of a tread separation and/or detachment, which could contribute to a vehicle crash without warning. These tires do not exhibit an increased risk for this condition in any other application or service condition. There are no known accidents or injuries, according to the company.