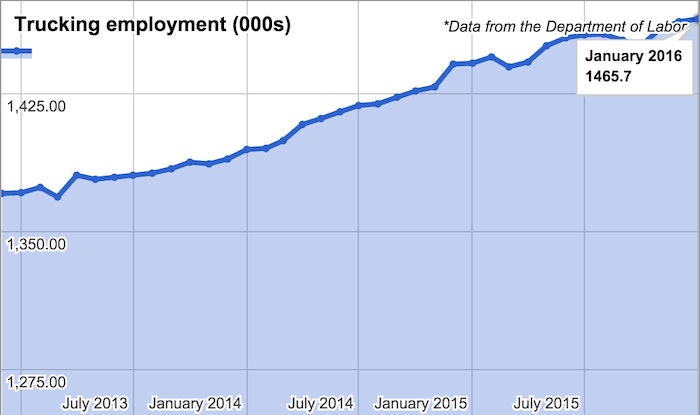 The for-hire trucking industry in January added 1,500 jobs on a seasonally adjusted basis, according to the Labor Department’s monthly preliminary employment report.

January’s total employment figure in the for-hire trucking industry, reported by the DOL as 1.465 million, is just over 24,000 jobs higher than January 2015. December’s preliminary numbers were adjusted up by approximately 4,000 jobs.

The U.S. economy as a whole added just over 150,000 jobs in the month, while the country’s unemployment rate fell from 5 percent to 4.9 percent.