North Carolina’s controversial plans to add optional toll lanes to 26 miles of I-77 through Charlotte cleared hurdles this month.

The same two non-toll lanes available for trucks now will remain in place. Critics of the plan have argued the expansion could increase traffic in those lanes, while others see a scenario in which car and bus traffic is diverted to the new express lanes, thereby making the non-toll truck lanes less congested.

Earlier this month, project opponent Widen I-77 lost a state court challenge against the plan.

The $647 million public-private partnership began last summer after the Spanish company Cintra signed a 50-year contract with NCDOT. A Cintra company, I-77 Mobility Partners, will design, build, operate and maintain the project.

Tolls will be based on congestion pricing, with drivers paying the most during the busiest periods. The Federal Highway Administration says economists generally agree congestion or value pricing is the most viable and sustainable way to reduce traffic.

Currently, I-77 has one high-occupancy-vehicle lane in each direction, which will be converted to express lanes. Crews will also build a second express lane alongside the converted HOV lane on I-77 North and South.

NCDOT says it would take 20 years to complete the project without the partnership funding. The PPP allows lanes to be added by leveraging new funds through Cintra’s investment. The public will continue to own the road and agency oversight will ensure Cintra satisfies its contract, NCDOT said.

The state’s trucking association has not taken a position on the project. 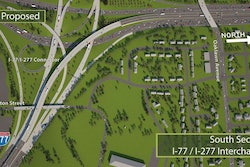 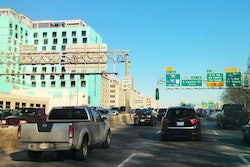 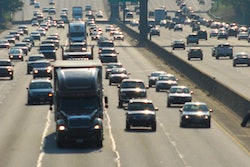