UPDATE: Saturday, March 19, 9:20 a.m. Central: I-10 at the Texas-Louisiana state lane is now open in both directions. The Texas DOT opened the westbound lanes at approximately 6:30 p.m. Friday, and the eastbound lanes around 7:30 p.m.

I10 westbound is open! Eastbound to open soon!

UPDATE: Friday, March 18, 2:30 p.m. Central: Texas officials issued an update via Twitter Friday morning that I-10 at the Texas-Louisiana border is still closed due to flooding, and there is no set time for reopening.

I10 at the TX/LA line is still closed this morning. No set time for reopening. Visit https://t.co/KQNttC8GuB for up to date rd conditions.

UPDATE: Thursday, March 17, 4 p.m. Central: I-10 at the Texas-Louisiana border remains closed, according to Texas and Louisiana officials. The Texas DOT said Thursday afternoon the interstate will remain closed until waters from the Sabine River recede and the road can be evaluated for damage.

I10 still closed at TX/LA line. Will reopen when water has receded and rd has been evaluated pic.twitter.com/ScLu1gnBmc

Both directions of Interstate 10 at the Texas-Louisiana state line are closed Wednesday morning due to flooding of the Sabine River.

Louisiana officials closed the westbound side Tuesday when water from the river went across the lanes on the Texas side. The eastbound lanes were closed Wednesday morning as the water spread across.

For those traveling from Louisiana into Texas, the Louisiana Department of Transportation and Development recommends I-10 to I-49 to I-20 into Texas to I-10.

This is why I-10 TX/LA is closed… Do you see that water flooding the rest area and next the interstate… pic.twitter.com/5z4ze2LPzW

RT BR_Traffic (1/2) I-10 West remains closed to traffic at milepost 4 (before the Texas State Line) due to flooding. Detour: I-49 North to I

Tennessee I-75 rock slide closures: The latest on NB schedule, SB back open

Following the Tennessee Department of Transportation’s March 10 reopening of southbound I-75 lanes in Campbell County, shut down (along with northbound lanes) a few weeks back, NB lanees remain closed for the removal of the slide debris, stabilization of the existing slope, and repairs to the interstate.

Work continues, one lane to open on or before the 24th. https://t.co/opwN1DZvU2

Local traffic is allowed to use Exit 141 (Huntsville/Oneida) on I-75 North. Message boards are in place to direct those in the area.

For all other NB traffic, previously established detours are still in place. 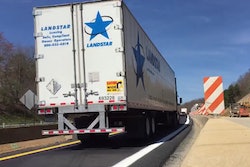 I-75 in Tennessee after rock slide: Project completion possible by 4/15 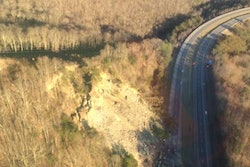