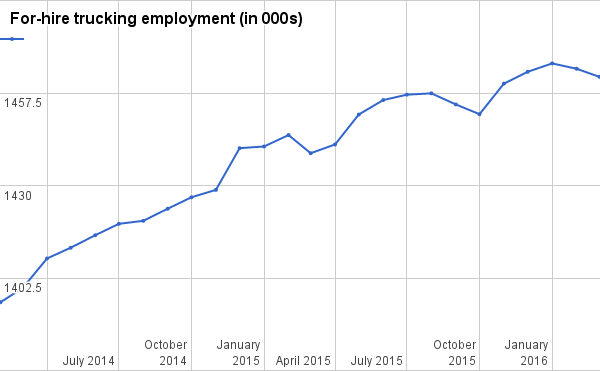 The for-hire trucking industry’s total employment fell by 2,400 jobs in the month of March, according to preliminary figures reported last week by the Department of Labor.

That’s the second straight month that trucking employment figures have tumbled, following a 1,600-job decline in February. Trucking’s total employment, however, has bucked the trend of the overall U.S. economy in the last two months. In March, the U.S. economy added 215,000 jobs. The country’s unemployment rate, however, climbed to 5.0 percent.

Total employment in the for-hire trucking industry totaled 1.4623 million in March, according to the DOL.

The construction industry in the month, meanwhile, gained 37,000 jobs, according to the DOL. But manufacturing lost 29,000. 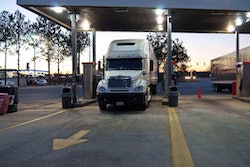