I think I’ve mentioned about a million times that one of the best things about over-the-road trucking is being able to visit with friends and family all over the country. We’ve been out here long enough and met enough people to have buddies all over the place, so many, in fact, that when I check in with Momma to tell her where we’re at and say, “We’re staying with our friends in [insert state]…” she answers with, “Do you go anywhere you don’t have friends?”

I’d like to take a brief moment to mention these people en masse – I cannot express how grateful I am to have the support system and network we have. We made the decision a long time ago to make this job as positive and fun as possible, and the days when we have to embrace the suck to make it happen are that much easier for knowing we have folks along the way who understand and care enough to invite us into their homes like family. We are blessed and thankful.

We hit Florida a couple days ago. George had a delivery in Orlando and we needed to get set up to bop around local for a few days before the show in Wildwood next weekend. Central Florida means two things – it’s fishing time, and we get to see the Shaughnessey family. Nick and Mandy own the TruckItSmart.com load board, and they’re some of the finest people we’ve ever met. They take us in like lost children when we’re in Florida, the kind of folks who treat you so well you feel bad about it. I always leave their place wanting to be a better person, because there should be more people on earth like them.

We stay in what’s known as the “man cave” when we visit the Shaughnesseys. It’s a beautiful little guest house, about a hundred feet from the dock on Lake Eva. Up until yesterday, it was a paradise for me, but then the snake had to go ruin everything. Have I ever mentioned how much I hate snakes?

I don’t get to fish enough, so when we’re in the man cave, I take every possible opportunity to sneak off to the dock to sling a line. There is nothing better for your soul than stepping out into the Florida sunrise with a fishing pole in your hand. Unless Satan the snake is thinking the same thing, and just happens to have his giant, slithery black self posted up right beside the door when you throw it open with jubilation that immediately turns to extreme terror. I simultaneously broke both the sound and light barriers with a scream and a move that can only be described as Matrix-like that rendered me immediately on the other side of the room. George didn’t even flinch. He knows my snake reflex well by now. Someone who loves to fish as much as I do shouldn’t hate snakes so much – he knows when I shoot straight up in the air like a scared armadillo, I’ve seen a snake.

He scared the snake away, and I got to fish, but my visit has been tainted by the encounter, to say the least. I damn near took my leg off this morning, stumbling around in the half-lit kitchen, when I saw my computer cord stretched across the floor. I was certain the snake had somehow found a way in, because snakes are sneaky like that. A worse scenario is that he’s slinked off into the bushes, and is just going to lay there and grow until a small child stumbles upon him and he gobbles the kid up.

I don’t like snakes. But I do love the Shaughnessy family, and all of our other trucking family. Thank you for representing and making this industry, and life in general, better. 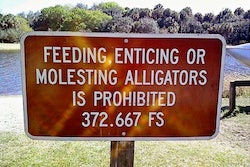 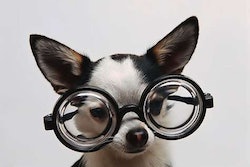 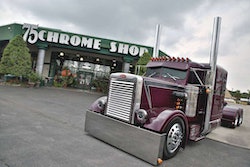