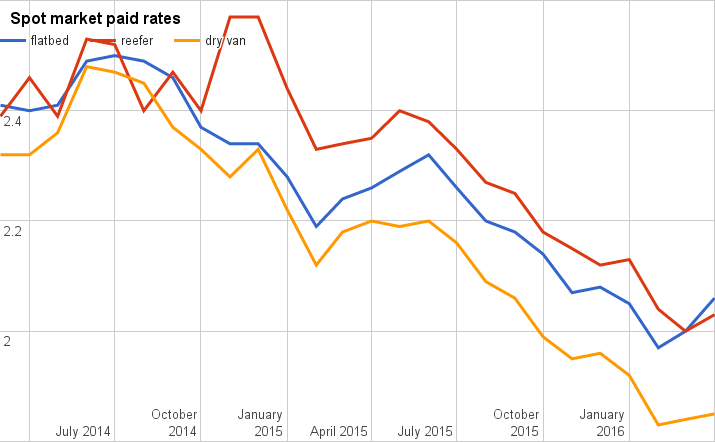 For the first time since last April, per-mile spot market rates for all three major truckload segments rose, according to monthly rate data from Truckstop.com.

The upswings are bright spots in an abysmal showing since last spring, with all three segments posting rate declines nearly each month since peaking last June.

Not surprising for the season, flatbed posted the largest month to month gain. Paid rates, verified averages of rates paid by brokers to carriers, in the segment rose 6 cents from March to $2.06 a mile, according to Truckstop.com data. However, April’s flatbed average was 20 cents lower than the same month last year. It was the just the second monthly increase since last June, though, and the first in 2016: 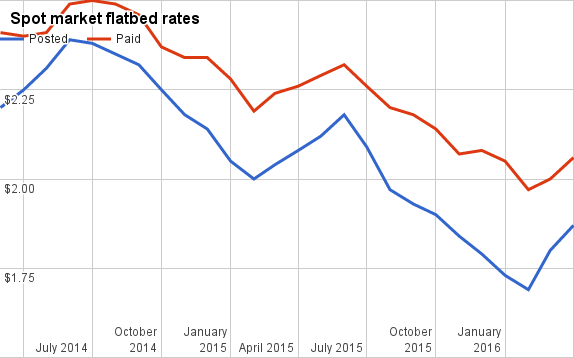 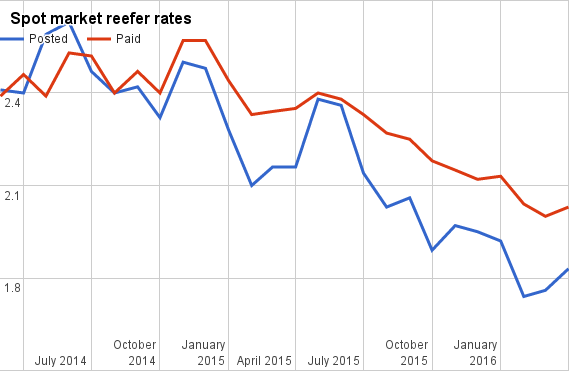 Van rates in the month rose a penny to $1.85 a mile, according to Truckstop.com. That’s 35 cents lower than last April. However, like flatbed, van’s seen a steady decline since last June, with April’s increase being just the third increase since then. All three month to month gains in the segment were just a penny each: 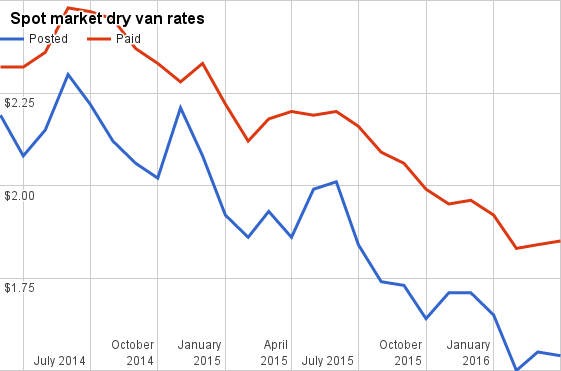 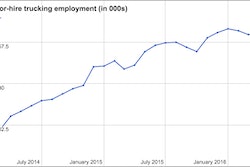