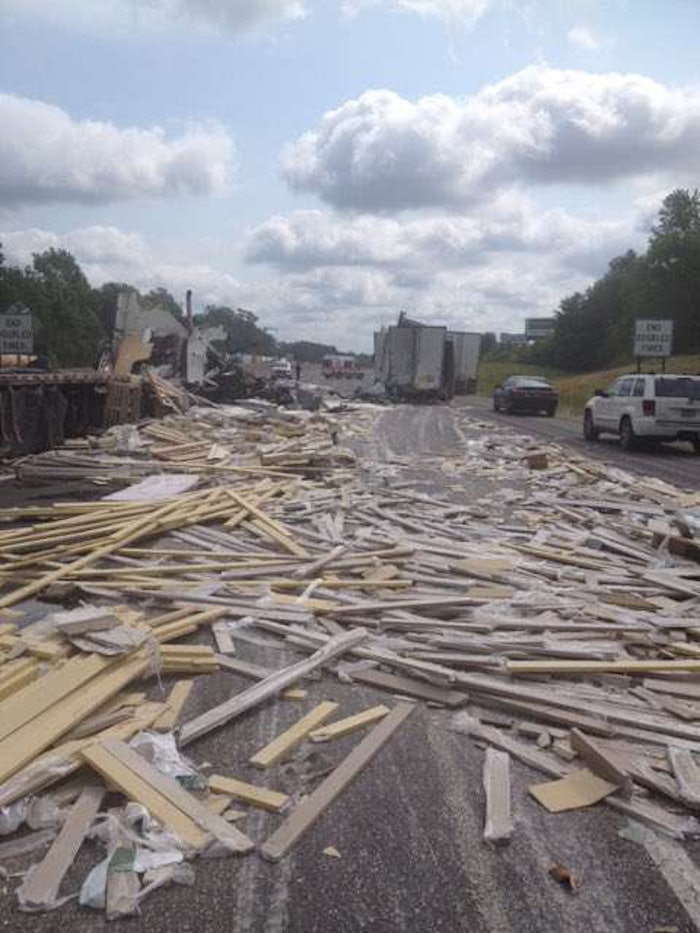 UPDATE: Tuesday, May 10 4:40 p.m. – According to Birmingham’s Fox6, one northbound lane and all on-ramps are now open on I-20/59 at the 82 milemarker northeast of Tuscaloosa.

This is why I-20/59 EB in Tuscaloosa Co. is closed. Traffic is currently flowing on the right shoulder #LiveOn3340 pic.twitter.com/2eCC2PFdUE

Both lanes of I-20/59 northbound in Tuscaloosa, Ala., are shut down following an accident involving two tractor-trailers Tuesday morning.

The crash occurred just after 9 a.m. local time at the 82 milemarker, according to a report from Birmingham news station Fox6. One person was injured in the crash, the report states.

Traffic is being diverted from the interstate onto U.S. Highway 11, but that route is beginning to become congested as well. Another detour for northbound traffic is to take McFarland Boulevard (exit 73) west to University Boulevard to AL 216 eastbound and get back onto I-20/59 in Bucksville.

The cleanup is expected to last for several hours.

Both northbound lanes are completely blocked. All eastbound traffic is being diverted onto US-11. pic.twitter.com/RDSVyxd6lH

I-20/59 crash: All eastbound traffic being diverted onto Hwy 11. Recovery expected to take several hours. pic.twitter.com/g8MgabAjDH