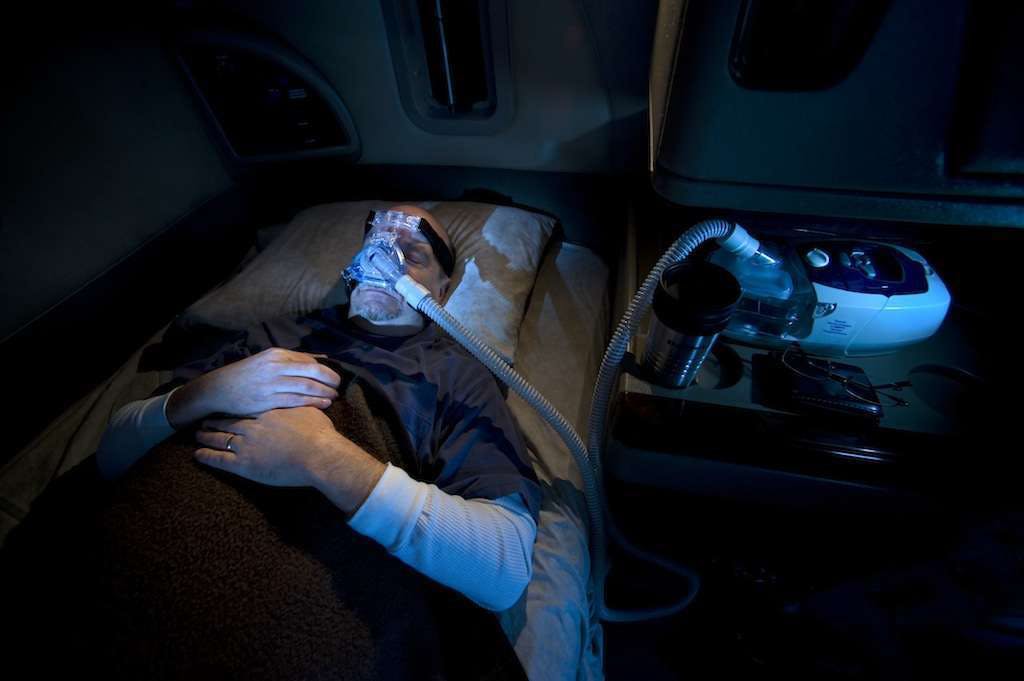 Dr. Alan Lankford of SleepSafe Drivers capped off the morning portion of testimony in the Federal Motor Carrier Safety and Federal Railroad administrations’ “fact-finding” listening session on sleep apnea/operator safety with a clear message for regulators as they pursue a potential rulemaking. “Risk factors” for apnea, Lankford said — things like a large neck size, a body mass index of “30, 35 or whatever” — can not be considered a catch-all substitute for careful evaluation of a medical condition.

Echoing the title of Overdrive‘s 2014 report on the then-growing willingness of certified medical examiners during DOT physicals to issue short-term conditional (if any) certifications pending expensive sleep studies for apnea, Lankford said any regulation should “take the approach that [risk factors don’t] mean you have sleep apnea. We need to make sure that the people behind the wheel understand they are not guilty until proven innocent.”

The FMCSA and FRA convened this first of three listening sessions in Washington, D.C., May 12, the next sessions to follow May 17 and 25 in Chicago and Los Angeles, respectively. (For information on participation in person and via webcast, follow this link.) Commenters in large part reflected the range of views on apnea, from skepticism about whether a regulation of the condition was even justified to a call for due consideration of the livelihoods of affected drivers throughout the supply chain.

Owner-operator Richard Pingel, speaking as a board member of the Owner-Operator Independent Drivers Association, echoed Lankford’s assessment of hard-fast screening protocols, noting that far too many certified medical examiners (CMEs) today seemed to be ordering “sleep apnea testing for some arbitrary reason, such as neck size. … I’ve spoken to drivers who’ve spent thousands of dollars for testing and equipment” for treatment as a result.

The burden can be significant, and isn’t just limited to hard costs, either, Pingel added. Apnea testing in a sleep lab “can be extremely difficult to coordinate” given the often unpredictable schedule of many drivers, requiring more downtime than is often appreciated by those not in the business of trucking.

Alternatives to overnight, in-lab testing, Pingel suggested, should be considered if regulation is ultimately where the agency goes.

James Edwards with the National Association of Small Trucking Companies echoed Pingel and others in the afternoon portion of the listening session, saying a more practical approach should be taken when it comes to a potential rule. “What we have is a situation where there’s a presumption of sleep apnea, and anybody who’s a chubby male over the age of 50 is likely to be referred to a sleep clinic more often than not, then given, if anything, a 30- or 90-day medical card,” Edwards said. “This causes extended disruption, inconvenience and cost to the driver. There needs to be a way to systematically screen truck and rail operators for obstructive sleep apnea (OSA), but it needs to be done in a way that when their medical exams come due, you use something that’s more of a balanced approach.”

Edwards suggesting CMEs use the Mallampati score, which can indicate OSA if the score is high. The Mallampati test measures the distance from the tongue base to the roof of the mouth, and is commonly used by anesthesiologists. Edwards said it can also be used to indicate whether someone has OSA.

Steven Garrish, a senior vice president with SleepSafe Drivers, emphasized his company’s partnerships with a variety of carriers that focus on reducing downtime for the driver by utilizing home sleep tests. His company commonly works with carriers to create ways to “deploy home tests and relationships with clinics to help drivers [keep the intrusion on schedules limited]. The people I work with we can get back to work in 1-3 days.”

Garrish, formerly with J.B. Hunt and Walmart’s private fleet in a variety of roles, himself is utilizing the most common form of apnea treatment, a continuous positive airway pressure (CPAP) machine, worn while sleeping. Part of the company’s programs, likewise, are active support to drivers as they are fitted with and get accustomed to utilizing the auto-titrating CPAPs SleepSafe advises for treatment. That support, he believes, is a key factor in the company’s 97 percent treatment compliance rate among its handled drivers being treated.

A standard for apnea screening, testing and treatment needs to be established, Garrish argued, to create a baseline “so that we can use that for better support for our drivers.”

But FMCSA and FRA better need to demonstrate the link between sleep apnea and crash risk, owner-operator Pingel emphasized, before committing to producing a regulation. That notion was echoed by Megan Bush of the American Trucking Associations in her testimony. ATA, she noted, was one of the organizations that advocated for legislation passed in 2013 that required any new procedures relative to apnea within the medical certification process to undergo a full, public notice-and-comment rulemaking. Prior to that legislation, several sets of guidance had been issued by a variety of FMCSA-convened medical boards and panels, in some ways introducing confusion among medical examiners, drivers and carriers about just who should be screened, tested and treated, and who among those groups would still be qualified to operate.

Such confusion, though anecdotally somewhat abated, is still a reality for many.

The listening session follows FMCSA/FRA’s first steps toward such a rulemaking, issuance of the Advance Notice of Proposed Rulemaking in March requesting information in response to 20 key questions.

“An effective rule,” Bush said, must determine the type of obstructive sleep apnea, “whether moderate or severe, that would trigger mandatory treatment.” Regulators should also “determine the percentage of crashes caused by OSA and not merely those in which OSA was present. How many crashes will be prevented in promulgating a sleep apnea rule?”

What portion of the estimated 7 percent of fatigue-related crashes, she added, are actually “caused by sleep disorders?”

No one questioned that sleep apnea treatment, if effectively undergone, shows marked improvement in the health and wellness of an individual who’d suffered from the condition. Bush wondered whether such a reality might undercut the very need for regulation. Good news gets around, she suggested. “That word of mouth kind of advertising may ultimately do more to promote OSA testing and treatment than any regulation might. Given the potential impact on drivers, a cautious and informed approach is necessary.”

Matt Cole contributed to this report. 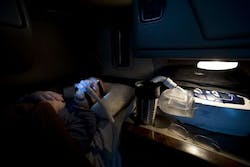