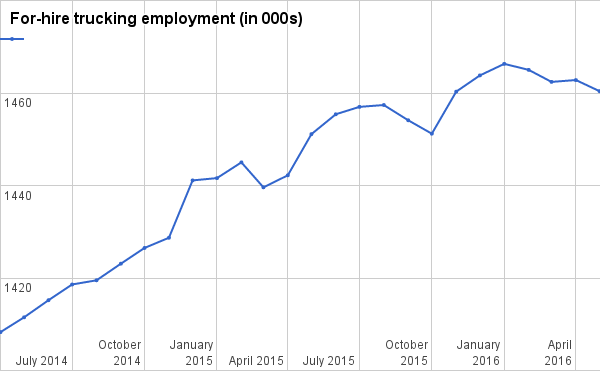 The for-hire trucking industry’s total employment fell by 2,400 jobs in May, according to preliminary figures reported June 3 in the Department of Labor’s monthly Employment Situation report.

May’s decline marked the third month so far this year that trucking industry employment has fallen on a month-to-month basis, bucking the trend of the overall U.S. economy’s monthly gains. The U.S. as a whole in May added only 38,000 jobs, but the country’s unemployment rate fell to 4.7 percent, the rate in eight years. The unemployment rate’s decline, however, was due almost entirely to a drop in the number of people looking for jobs, generally a sign of a weakening economy.

Trucking employment in May totaled 1.4604 million, the lowest since last October. 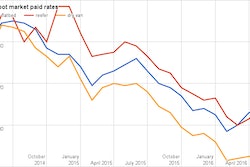