A safety advisory has been issued by the Federal Motor Carrier Safety Administration for certain cargo tanks manufactured by the now-defunct Keith Huber Incorporated that do not comply with hazmat regulations.

Because the company is out of business, FMCSA says owners of the cargo tanks can either remove the DOT specification plate and take the cargo tank out of hazmat service or have the tanks repaired professionally before continuing use.

Required repairs include replacing the rear end protection device with one that’s compliant with hazmat regulations, including certification by a Design Certifying Engineer; having a registered inspector install a fusible element, if necessary; and install mounting pads for the internal baffle attachments.

FMCSA says continued use of the tanks for hazmat service is prohibited until repaired, and owners are subject to penalties if caught using the tanks.

The agency clarifies that cargo tanks manufactured by Keith Huber Corporation, a separate entity still in business, on or after May 1, 2013, are not affected by the safety advisory. The full safety advisory can be seen here. 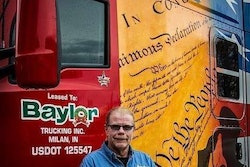 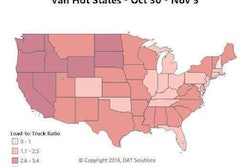 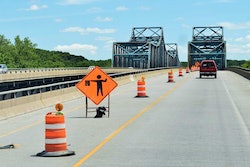