Grow a mustache for men’s health

The folks behind the Scale Buster app, which crowd-sources reports of portable scale locations, announced its “Thanksgiving Trucker Movember,” a social media campaign it hopes will “raise awareness and money for men’s health issues, through the Movember Foundation.” The foundation promotes men’s health by in part encouraging men to grow and groom mustaches through the month of November. Scale Buster’s event speaks directly to truck drivers on physical and mental health issues — from awareness of prostate and tescticular cancer to poor mental health.

Globally, the rate of suicide is alarmingly high, particularly in men. Too many men are “toughing it out,” keeping feelings to themselves and struggling in silence. The Movember Foundation is aiming to reduce the rate of male suicide by 25 percent by 2030.

Via the Scale Buster effort, truckers are “challenged to shave their face,” then grow and groom their mustache through November 30. Then, connect with other participants to share their mustache-in-progress, and challenge friends and family to support the cause on your social media accounts with the hashtag #TruckerMow and the campaign donation link with the Movember Foundation. Connect with the campaign on Facebook at this link. 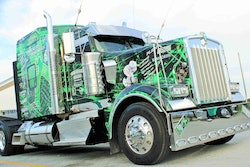 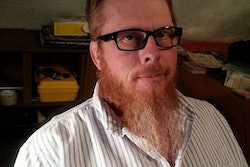 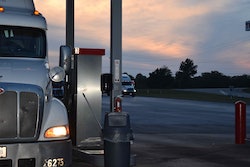