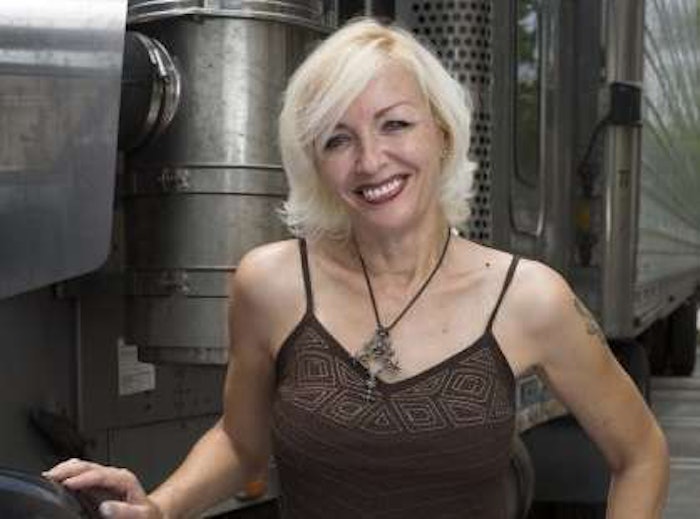 Entries for the fifth Overdrive’s Most Beautiful contest, which highlights the accomplishments and inner and outer beauty of female drivers, are being accepted through Feb. 15. 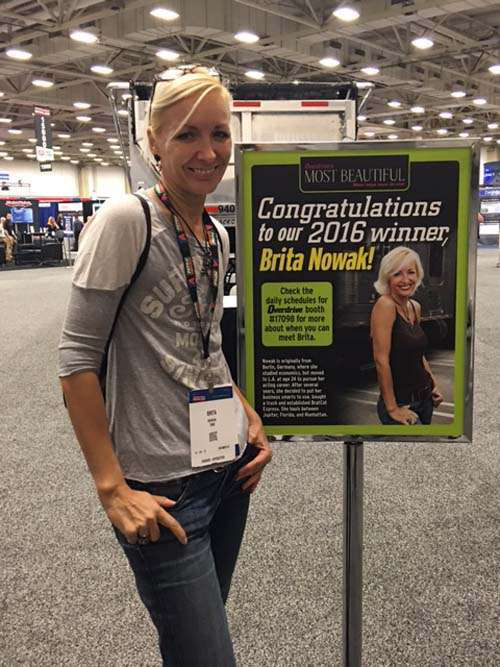 Brita Nowak attended the Great American Trucking Show in late August, where she met show attendees, received her Most Beautiful crown and modeled for a photo shoot for an issue of Overdrive.

Last year’s pool of more than 70 nominees included rookies, veterans, company drivers and regional haulers. There were also independents, such as self-described tomboy Brita Nowak of Jupiter, Florida, who won the 2016 contest. She owns BratCat Express and hauls from Florida to New York City.

As a female driver, “you have to put out a tough attitude that brings respect,” she says. “My hair is fixed, and my lipstick is on, but I dress in black, wear serious black work boots and am a complete professional while loading and unloading.”

This year’s winner will receive an expenses-paid trip to The Great American Trucking Show in Dallas, where she will receive a makeover and will be photographed with a show truck. She will also be featured in a fall issue of Overdrive.

Visit the contest page to read about past winners and see the contest’s rules and entry requirements.