A new bridge over the Ohio River connecting Louisville, Ky., to Indiana — the third and final bridge as part of a $2.3 billion project — opened for travel Sunday, Dec. 18.

The East End bridge connects Utica, Ind., and Prospect, Ky., on I-265 and State Route 265. The other two bridges, the six-lane Abraham Lincoln Bridge on I-65 North and the renovated six-lane Kennedy Bridge on I-65 South in downtown Louisville, opened in the last year.

Large trucks will be charged between $10 and $12 per trip across the bridges.

All three bridges will be tolled beginning Friday, Dec. 30. The tolling project, dubbed RiverLink, is all-electronic with no toll booths.

RiverLink says the Sherman Minton Bridge on I-64 and the Clark Memorial Bridge on U.S. 31 will not be tolled as part of the project. 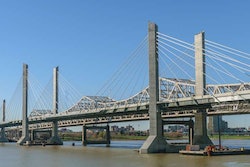 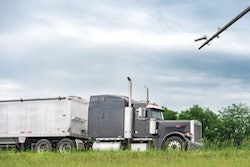