Can’t sneak away from trucking

I don’t know if I’m hyper-sensitive because of our involvement in the business, or I really can’t get away from trucking. Either way, I run into truckers in the oddest places.

Our daughter has had some health issues recently, she’s been in and out of the hospital a few times, and hopefully this weekend was the last time she has to be admitted. We really appreciate the outpouring of love from our family and friends. There has been a constant stream of well-wishes and prayers for her we are so thankful for. We’re hoping her issues have been diagnosed and she will heal quickly.

That being said, I have to say that being in the hospital is awful, for everyone involved. She’s miserable because she’s sick, I’m miserable because shes’ miserable, her poor dad just has two miserable girls and doesn’t know what to do. This misery is compounded by the fact that we’re both nurses and know how to operate all the machines that go “ding” and find it very difficult to put a call light on instead of fixing the beeps and whistles ourselves. (OK, it’s just me who finds that difficult — she’s been too sick to fool with it much.)

There’s an etiquette to “nurses as patients” and it generally includes the caveat that they’re horrible patients. I hated having a nurse/patient on my assignment, especially if they were the kind of nurse who wouldn’t stop touching the machines that go “ding.” It’s like having someone crawl up in the shotgun seat of your truck and start flipping switches. They might not hurt anything, but they’re touching the things that go “ding,” and only the licensed professionals on duty are supposed to be touching those things.

So I’ve been a little anxious, and I decided to sneak out of the hospital at 4 a.m., while the girl was sleeping, and (gasp) smoke a cigarette. Of course, it’s a hospital campus, smoking is prohibited and the cigarette cops will haul you off to the gulag if they catch you lighting up. I strolled across the street and roamed around until I found myself in the underground parking area/basement entrance of the hospital. I figure that was far enough and underground enough to keep the smoke cops from catching me, so I found a corner and sat for a few minutes, enjoying a smoke.

It was the wee hours of the morning, not much going on in the basement of the hospital at 4 a.m. I was looking at all the exposed infrastructure, thinking about how many people worked with their hands to make the hospital possible. I was admiring the electrical wiring pipe bends, and how beautifully uniform they were, when I heard someone yell, “What do you mean you can’t take this? The skid ain’t busted, it’s lopsided! Damn Larry, you’re killing me today!”

There was banging and clanging, and I heard the unmistakable sound of a diesel engine turning over. I expected a truck to come around the corner, but instead, a very disgruntled truck driver walked up, mumbling to himself as he lit up a cigarette. “Can’t smoke in the truck, can’t smoke in the parking lot, I mean, damn, a man needs a smoke sometimes when he’s got a job like this.”

I think I scared him a little when I spoke up from the corner, mostly because he almost took off running when I said, “Did I find the smoke pit by accident?”

“Got-toh-mighty, where did you come from? Now I really need a smoke.”

We laughed, and got to talking. Turns out Mr. Henry has been a driver for 24 years in the greater Cincinnati area. Never drove anything but local, and swears it’s the reason he’s bald. He’s semi-retired and runs box truck between the food service company and the hospital every morning at 3 a.m. It’s the only run he does and he’s about sick and tired of it.

“Ima tell ya, when I started trucking, it was a good job. I was lucky to get in with a good local company, they were fair and treated their drivers well. Nowadays, you can’t fart in the seat without making a sensor or camera come on. It’s just crazy. Can’t smoke, can’t drink a cup of coffee, nothing. I’m about done with it. This is my last year doing it.”

We chatted for a couple of minutes, and Mr. Henry had to go, he wasn’t supposed to leave his truck running, and we were already outlaws of the highest order, according to the smoke police. He wished me well, and offered his prayers and positive thoughts for our daughter and was on his way.

Funny thing is, I never told Mr. Henry what I do for a living. Never mentioned my husband has been an OTR trucker for years, never said anything about writing for a trucking magazine. I didn’t even have on a trucking t-shirt. We talked about why I was at the hospital and his job and that’s it.

How weird is that? It just goes to show ya, you can’t do anything without a trucker. Not even sneak off to smoke a cigarette. 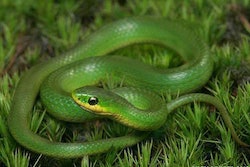 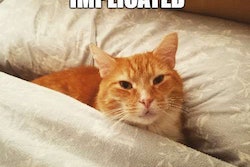 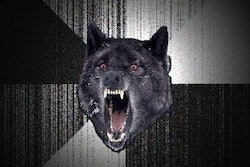 Missing a day is out of the question