Trucker-focused app maker One20 concluded in a recent study that less than half of truck drivers using One20’s service still have not switched to an electronic logging device, though the compliance date is still more than six months away.

One20’s Vice President of Marketing Amanda Ford says 57 percent of drivers surveyed don’t use electronic logging devices, and that number jumps to 60 percent with drivers over the age of 45. While Ford says she believes more drivers will begin to comply as the Dec. 18 compliance date nears, she says cost and ease of implementation seem to be holding some drivers back.

One20 in March introduced its own ELD at the Mid-America Trucking Show — the F-ELD, a “bring-your-own-device” ELD.

In its TopOne20 report released last week, the company outlined the best and worst of life on the road for truckers, along with how drivers spend their time and money when on the road. More than 3,000 drivers participated in the study, and Ford says the analytics from the study correlate well with other data collected from the 250,000-plus drivers that use One20’s app.

In addition to the information collected about ELDs and technology, the study also polled truckers on their favorite truck stop chains and restaurants. TA and Petro truck stops were the preferred travel center chain based on parking, clean facilities and good restaurants.

Subway restaurants were voted the best quick-serve restaurant, while Iron Skillet was voted best sit-down restaurant by the surveyed truckers.

One20 plans to release additional reports quarterly, with the next one coming in July. 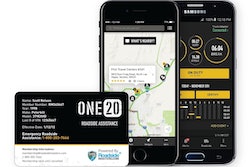 One20 partners with RoadsideMasters to offer free roadside assistance for truckers 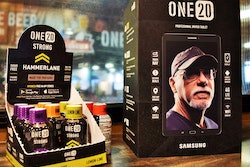 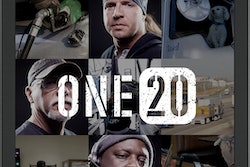