Spot market freight continued its steady increase last week, which also included the annual Roadcheck inspection blitz. Those factors combined might have set a record for load posting activity on the DAT load board. The van load-to-truck ratio hit its highest mark in three years, and van rates on the top 100 lanes rose to some of the highest prices we’ve seen in two years.

Says DAT’s Ken Harper, “The outlook for the month is very, very good. One question is:  how long will it last, since July is usually the month van freight tends to taper off heading into the summer doldrums of August.” Time will tell. 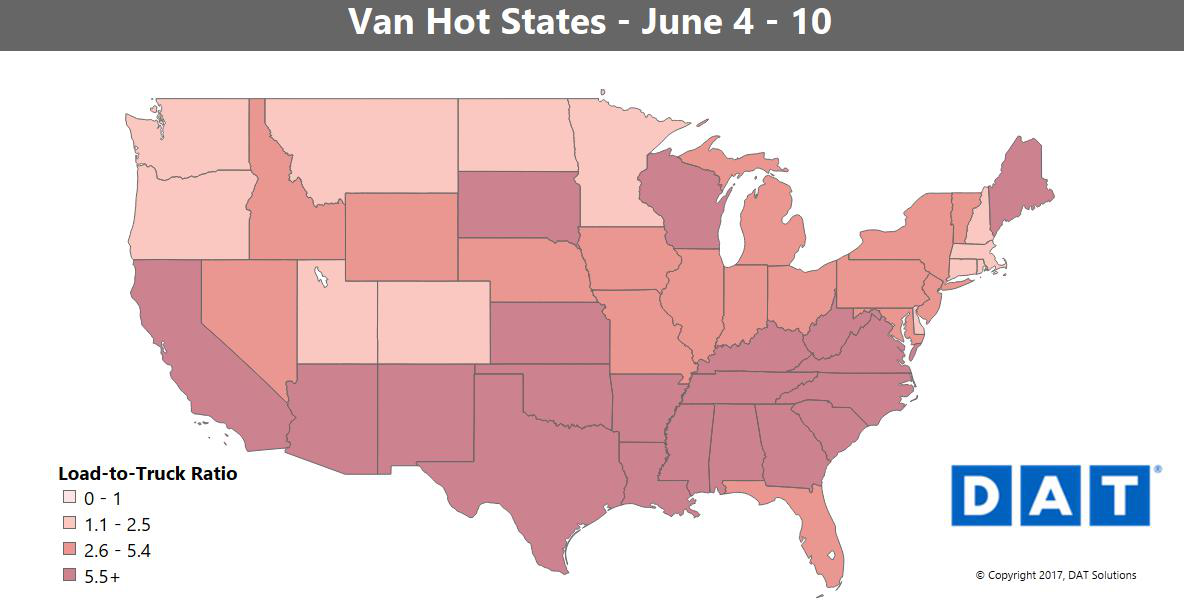 Load-to-truck ratios around the country last week “benefited, no doubt, from the annual, 72-hour Roadcheck inspection,” Harper says, “causing some carriers to park their trucks. Nevertheless, there were record load posts on DAT, higher even than 2014-2015.”

Hot van markets: – Pretty much every major van market had higher rates last week compared to the week before. For the past month, the biggest rate increases have been for loads originating in Memphis and Charlotte in the South, and Los Angeles and Stockton in California.

Outbound van loads from Memphis have on average been on an upward trend in rates, including on the lane to Columbus, normally a good lane pair in both directions. Rates on the return, though, have fallen a bit, to $1.62/mile on average. You can still find good-paying loads going elsewhere from Columbus, and you can use that to put together a triangular route. The example above shows details, based on averages in DAT Rateview, based on actual transactions, for a stop in Evansville, with another load then to Memphis. That extra leg only adds about 40 loaded miles – but $400 based on the averages.

Not so hot: Of the top 100 van lanes, only 26 had lower rates. Not many of those were down much, but lower oil prices might have dampened demand on the lane from Houston to New Orleans. The average rate there fell 29 cents to $2.33 per mile. 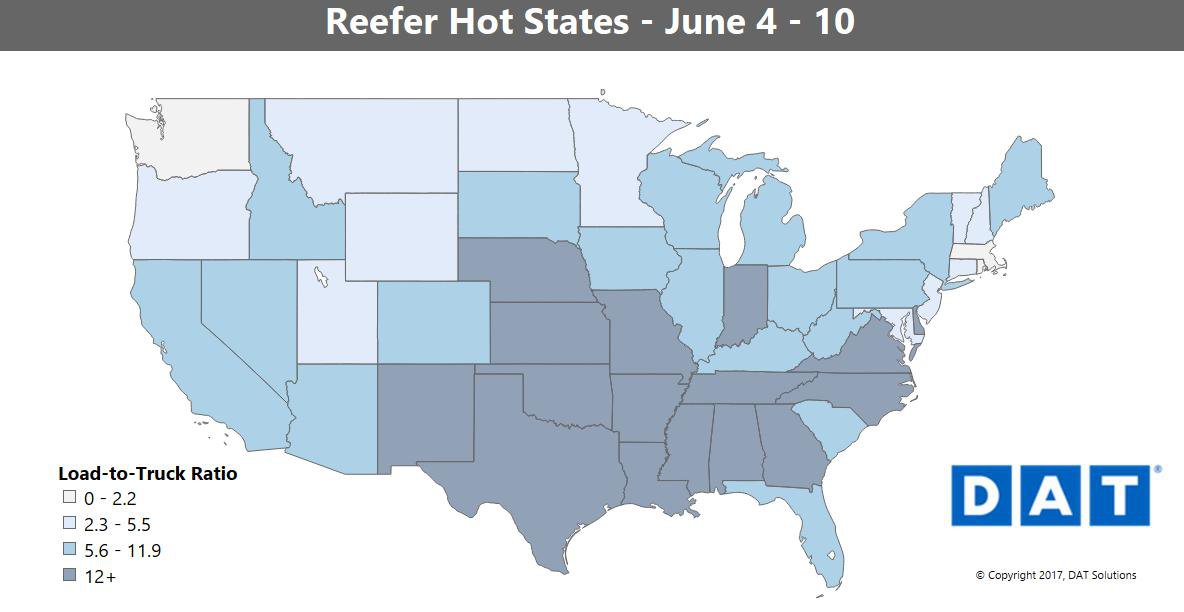 Higher demand out of California plus the tight capacity caused by Roadcheck meant that the load-to-truck ratio for reefers was also the highest it’s been in three years. It may set another record before the end of this month.

Hot markets: As noted by Harper, California produce shipments are expect to remain strong at least until the Fourth of July, and outbound reefer rates got a big bump in Fresno. Reefer load counts are still strong in Texas, and even though New Jersey is still pale in the Hot States Map above, there was a big surge in freight in the Northern part of the state.

Not so hot: Reefer rates out of Florida continued to tumble as that state slides into the off-season. Cross-border volumes in Nogales, Ariz., were also soft. 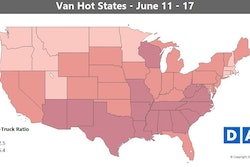 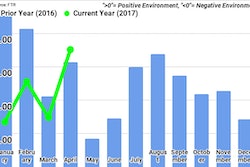 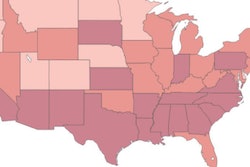