The used truck surplus generally means lower prices, but buyers might find they have to pay up for their preferences in model or specs.

Even though fuel has been relatively cheap in recent years, aerodynamic tractors command higher prices than conventionals. Chris Visser, senior analyst for J.D. Power Valuation Services, says traditional aero add-ons such as cab extenders and fairings have shown to be worth an extra $2,400 to a used truck “if it has all the skirts and side extenders.”

Buyers looking for a late-model aerodynamic Peterbilt 579 should be ready to open their wallet.

“That really seems to be the standout model, thanks to low volume and the marketplace seeing value in that model,” Visser says. “It’s one of the newest models out there with all the lightweighting and aerodynamics.”

Some customers are more brand-loyal, says Steve Tam, ACT Research vice president. “But there is that segment that says, ‘Make me a deal, and if it’s good enough, I’ll switch.’”

As for other features, Visser says, “Aluminum wheels – and they have to be dual, not single – a full aero package, horsepower in the mid-400 range and an 18-speed [manual] transmission is still the gold standard on the used market.”

“On the secondary market, as long as [customers] have access to bigger-bore engines, that’s going to be their preference,” Tam says. A 3-year-old Cascadia spec’d with a Detroit DD13 sells for about $3,000 less than a comparable truck spec’d with a DD15, Visser says.

Regardless of bore size, Cummins engines – a premium at their initial spec – have maintained the brand’s pole position in the used market, Tam says.

“It tends to do better than the vertically integrated partner,” he says. Preference “can be application-specific, but I think the driver wants that engine, so they are willing to pay.”

Tam and Visser agree that trucks with a manual transmission are the most sought-after. Drivers hoping to find a discount on automated manual transmissions will need to seek out trucks equipped with Eaton’s UltraShift Plus, which Visser says adds only “a few hundred dollars” to the price tag.

Based on the volume of model years 2011 to 2014 sold, automated transmission could make up to 40 of the used truck market, says Mike McMahon, head of strategic accounts for auctioneer Ritchie Bros.

That’s traditionally been a deal-breaker for owner-operators, but the systems are becoming more accepted, says Craig Kendall, president of the Used Truck Association and market manager for The Pete Store, a 15-store dealer group.

McMahon agrees, noting that owner-operators and small fleets also have come around on other fleet-spec features, such as 13-liter engines and 6×2 axle configurations.

“They’re more and more educated on fuel economy savings and performance, and they’re starting to shift and purchase that equipment,” he says.

Visser says that with the used truck surplus, “buyers are able to cherry-pick and maybe even get a warranty on the truck. If a truck has an existing warranty, that’s a good selling point.”

Trucks from large fleets, especially if equipped with a warranty, often come with a higher price, he says. “If a large fleet with a good maintenance program sells a truck, there’s a least the perception that the truck is in good operating condition, and that is valuable to a degree.”

– James Jaillet contributed to this story. 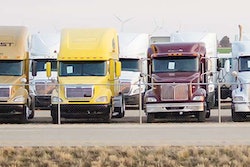 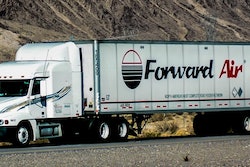 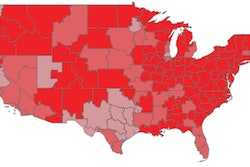 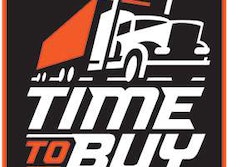