Though prices stabilized in the first half of 2017 – holding near $60,000 through June – that modest rebound might be only a calm before the storm. Tractors sold in 2014 and 2015 are expected to flood the market in numbers that should restrain pricing through about 2020, forecasts Steve Clough, president of Arrow Truck Sales.

“There are some nice buys out there right now, and anybody that tells you there’s not is kidding themselves,” says Craig Kendall, president of the Used Truck Association and market manager for The Pete Store, a 15-store dealer group that spans the East Coast.

It’s possible a spike in demand for more truck capacity could occur, boosting demand for used trucks and countering the low prices resulting from the glut. However, projections for growth in freight movement and GDP are modest. If that holds, used truck demand won’t help absorb the excess supply.

Used truck supply is predetermined, Clough says. It’s based almost entirely on the number of trucks retailed new between three and five years earlier, the common turnover cycles for fleets.

While sales cycle swings are inevitable, dramatically opposite market trends over the last decade threw the used truck supply into a more severe pendulum pattern.

The pre-buy ahead of 2007 emissions standards resulted in calendar 2005 and 2006 being the two highest sales years on record. Then supply went the other way during the historically low build years of the Great Recession in 2008-09. Since then, used truck pricing has reflected a correction of either an abundant supply or a short supply.

“That supply is already in the books, you could say,” says Clough. “We don’t know precisely when they’re coming back [as used trucks], but it certainly looks like we’re going to have higher supply coming in probably through 2019, 2020.”

Ritchie Bros., the country’s leading auctioneer of used trucks, hasn’t seen many 2015 model-year tractors returning to market yet, says Mike McMahon, head of strategic accounts. “We will start seeing movement into the next year,” he says.

Kendall says much of that used inventory will be “late-model aerodynamic sleeper trucks” such as the Freightliner Cascadia, Peterbilt Models 386 and 587 and the International ProStar. Such tractors will be the cheapest due to their supply.

It’s possible a spike in demand for more truck capacity could occur, boosting demand for used trucks and countering the low prices resulting from the glut. However, projections for growth in freight movement and GDP are modest. If that holds, used truck demand won’t help absorb the excess supply, Clough says.

Demand for used equipment could be depressed later this year and into next, at least for some segments of the used market, says Don Ake, FTR analyst. Owner-operators and small fleets may be reluctant to buy as they comply with the electronic logging device mandate taking effect Dec. 18, he says.

“If they’re uncertain about how this is going to impact them, they may run their truck a year longer than normal,” Ake says.

On the flip side, should the ELD mandate restrict the industry’s capacity, as many predict, and the freight market quickly accelerates, fleets could turn to the used market for cheap capacity, he says.

“If that’s not the case, it’s going to take a while for inventory and prices to come back [into balance]. But that’s the cycle of the market.” 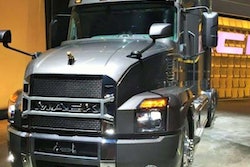 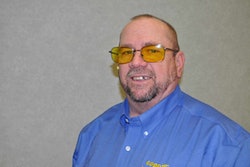